Going through hit series like Invincible and The Boys, see top superhero productions on Prime Video 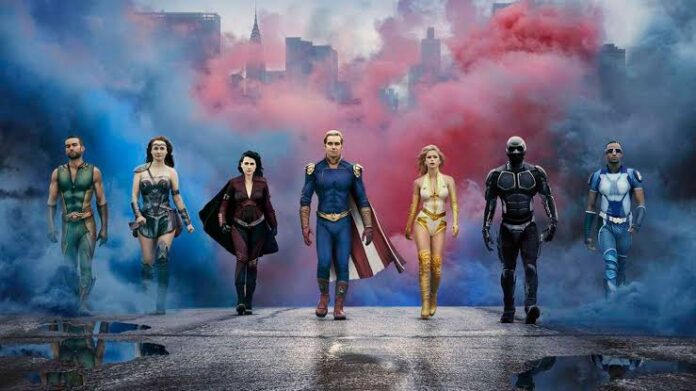 The success of original Amazon Prime Video productions such as Invincible and The Boys shows that the stories of masked characters fighting crime – not always for the noblest reasons – are more alive than ever. For those who like these titles and want to know other stories of vigilantes, we have listed 10 movies and series of superheroes for you to see on Prime Video, including the productions cited. Check out the suggestions and have fun!

Based on a character of the same name from the comics, Invincible is an animation of rather bloody scenes. His story follows a young man, the son of the most famous superhero on the planet, who, at the age of 17 and finally acquires powers, begins to follow in his father’s footsteps, not knowing that he may not be the kind of hero he imagines.

One of the platform’s biggest hits, The Boys is already with its third season confirmed. In a universe in which not only superheroes exist, but also, for the most part, they are quite corrupt and despicable, a group of vigilantes appears willing to control them.

Comedy series, The Tick is based on the eponymous character of the comics. In the plot, we accompany a very original superhero, who alongside his sidekick Arthur, the Mariposa Man, seeks to defend the City from evil. On his way, however, is the villain Terror, who is said to have died, but may be the great local crime boss.

Nominated for an Emmy and Golden Globe, Heroes has a heavy cast. The series follows a group of people who discover they possess superpowers and are connected to each other. Now they have the mission to prevent catastrophes and tragedies around the world, announced by painters with the gift of premonition.

Inspired by the character of the comics, Daredevil has as protagonist an ordinary man, who after suffering a radioactive accident goes blind, but has his other senses refined. Combining his new skills with fight training, he divides his time between being a lawyer by day and the punisher Daredevil at night.

Title that could not miss in a list of superhero movies in Prime Video, Watchmen – The Movie accompanies a team of former heroes, who have left the days of adventure behind since a law prevented the activity. In the midst of the Cold War, one of these “retirees” dies, raising suspicions from another member of the group that there is a hunt for the former heroes.

Spin-off from the film Daredevil, Elektra follows in the footsteps of the comic’s e-behalf anti-heroine of the same name. In her story, after being revived by a martial arts master, the assassin undergoes intense training, never losing sight of her desire for revenge. Hired to kill a father and daughter, she nevertheless becomes fond of them and begins to protect them from other murderers.

First film of an animated duology about the character, Hellboy: Sword of Storms is a story independent of the live-actions of the hero. In this plot, the good-natured demon goes to Japan, alongside Kate Corrigan, to face a teacher who is possessed by the demons Thunder and Lightning.

Comic-based comedy Kick-Ass 2 is a sequel to a 2010 film. In this story, tired of his life away from fighting, Kick-Ass has the idea of forming a team of superheroes. He calls Hit-Girl to help him, but pressed by his guardian, she needs to decide between the life of a superhero or a normal teenager.

Good choice for those who like the cyberpunk genre, Dredd is inspired by the character Judge Dredd of the Comics. In the future, in the midst of a radioactive desert, a surviving megacity counts Judge Dreed as one of his vigilantes. Also in charge of the convictions of the place, he faces a powerful drug dealer on the day he is evaluating a future judge.

And you, do you know any other superhero movies available on Prime Video? Share with us!