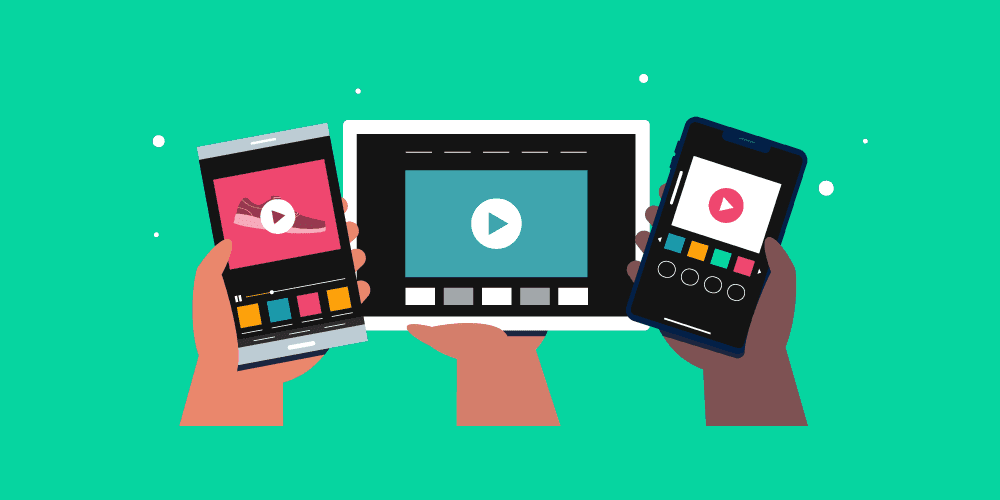 Do you remember that trip of yours that yielded a bunch of photos and videos? It is possible to edit and transform all those content into top quality videos, with transition effects, slide shows and soundtrack not with a computer, but with your smartphone; you just need to use the right video editor apps on Android or iPhone.

If your phone also replaces your computer for everyday tasks, you should certainly consider editing a video using an application on your smartphone before referring to the computer.

Here we list eleven of the best user-rated video editing apps for making videos available for iOS (iPhone) and Android and all with a number of powerful editing features, but which are simple to use. You can make videos on your phone.

Available for iOS and Android, Quik is an editing application developed by GoPro, but not limited to productions created by its cameras. With it you can join videos, transform photos into presentations, apply transitions, insert music and texts, all in a very simple way. The controls are very intuitive and even an inexperienced user will be able to create quality videos using only the smartphone.

The app is completely free and does not appeal to any use restrictions.

The Premiere Clip is a tool that has all the experience of Adobe, but does not complicate the lives of owners of iPhone or Android. The interface is very simplified, and with it the user can easily select and edit photos and videos. It has automated features, such as creating a presentation based on the music and rhythm chosen by the user. Of course, it is possible to make free modifications.

The app is free and offers 2 GB of free storage in the cloud, through the Creative Cloud account; for more space, you need to sign a package.

Exclusive to Apple devices, iMovie is a practically mandatory tool for any video editor that has a Mac, but it also doesn’t look bad on the iPad or even the iPhone.

With iMovie, you can add videos and photos, change color filters, insert soundtracks and messages, create trailers with logos similar to those of movie studios, with the right to licensed soundtracks, add and effects, etc. The advantage of the application is its integration with macOS and iOS, so you have easy access to your library and iCloud content, in addition to being able to share your creations with all the apple devices that the user has.

IMovie became a free app in 2017, and due to the integration with Apple services it is a great option for those who use the iPhone.

Exclusive to Android, YouCut Video editor is one of the best rated apps on this list, mainly for simplifying commands and great results, and also for not inserting any type of watermark in users’ productions.

It is possible to cut, join, insert soundtrack, frames, effects and transitions in your presentations, in addition to allowing the sharing of videos created directly on social networks. It even has a video compressor, specifically aimed at sharing works in instant messaging apps, such as WhatsApp and Telegram, mainly to avoid consuming the data franchise unnecessarily.

YouCut is free, but it displays ads.

The Filmora is already a well – known video making software on the desktop, and received a powerful version also for iOS and Android. The FilmoraGo follows the same template versions for Windows and MacOS and allows editing of videos and presentations using even posts on social networks, such as photos and videos from Facebook and Instagram .

The editor is powerful and brings a series of specialized tools and diverse filters, but the controls are quite simple and allow the user to create presentations with few clicks, thanks to automation options and suggestions. And it can format files in both a widescreen and square aspect ratio, in 1: 1 for Instagram.

FilmoraGo is free, but offers in-app purchases of additional filters.

The last but not the least, VidLab is very similar to most apps on the list but it is exclusive to iOS, it has simplified controls and allows the inclusion of different effects, such as animated texts and predefined templates. Other than that, it allows you to freely paste, separate and edit photos and videos present on the device, in addition to facilitating sharing on social networks.

The app is free, but features in-app purchases that include, among other things, removing the watermark. Unlike the others, VidLab will insert brands in the videos in the free modality.

WeVideo is a free video editor that brings a vertical timeline, to favor editing with the cell phone standing, unlike how other editors bring the timeline.

All the basic tools are on WeVideo, from importing media from the cell phone, adding songs, audio recordings and texts and titles.

WeVideo is available for Android and iOS.

Magisto is a video editor for Vimeo, the platform that tries to match YouTube. A difference is that this app uses artificial intelligence to select the best sections, apply filters, stabilize, detect objects to create videos with less work.

Free, available for Android and iOS.

Free for Android and iOS, however, with the addition of a watermark (can be removed when purchasing the full version).

CyberLink PowerDirector is one of the most complete video editing apps on Android. It has several extra tools and works with a layered timeline. It also supports 4K videos, to export to any other platform.

The free version of CyberLink PowerDirector adds a watermark to the video, but there is always a promotion to purchase the professional version.

VideoShow brings a series of effects, filters and themes to use in the video, with a library of basic editing and export resources predefined for the main social networks in use.

It also does not apply watermark in the free version. Download for Android or iOS.

So with that concludes the best video editor apps for making videos on Android and iOS. Please do well to share and feel free to ask any questions too.

How to fix Contacts name not Showing on WhatsApp