HomeGaming11 Tips for Finding the Impostor in Among Us
GamingHow to

Always on the prowl; 11 tips for finding the impostor in Among Us, identify the fake crew member and send him into space 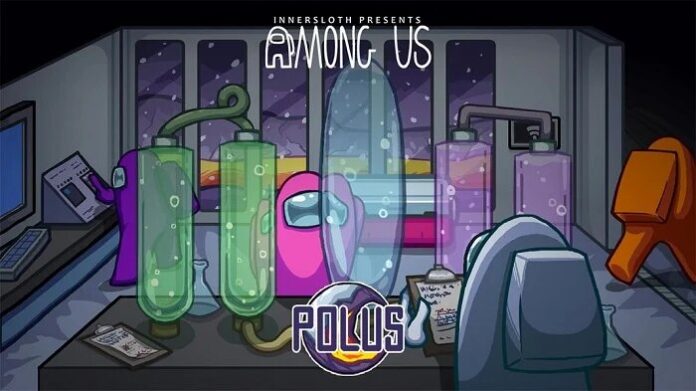 The game Among Us has a main pillar, the imposter. Within the crew, there will be 1 to 3 false crew members trying to disrupt the mission. See in my article 11 tips for finding the impostor in Among Us. Keep an eye on all the characters, carefully.

Tips for Finding the Impostor in Among Us

Failed, the imposter in Among Us will pretend to perform the crew’s duties. The first step of a high profile impostor is to fake tasks. Only crew members can complete tasks, the imposter pretends when other players are around to disguise. He stands at the task site and waits for a while.

Tasks take some time to complete, if you notice a player positioning and leaving very quickly, run out to hit the meeting button.

Arriving at the meeting, the charges and defenses begin. Let’s think that a player could not be the impostor because he was doing a task together with another colleague on the opposite side of the murder. They are protected by the logic of truth, theoretically.

The other crew members think the pair is “clean”, increasing suspicions about the rest of the team. These “clean” players are likely to be targeted targets for impostors to reduce the number of true voters. Follow them that the impostor has a high chance of revealing.

3. Defend everyone and avoid accusing

You can identify a good impostor if he follows two rules: defend all defendants (creating confusion); not accusing anyone (accusing an innocent who is ejected, brings the target to the impostor’s head).

It will be a good strategy to save an innocent player from elimination. Will try to create a tie between two crew members, in the next round the subject will still be the same. Crew members will waste meetings while the imposter remains clean. Stay tuned!

When at least four players are in the same location and one of them is killed, it is very difficult to determine who the killer was. The cunning impostor must use this tactic. If it happens far from you, keep an eye on everyone who was in the same environment.

6. Don’t be flushed with sabotage

As in the previous tip, the imposter may use a confusing tactic. At the beginning of the game he can, for example, sabotage the reactor. Many players will gather at the same location to perform the task.

Pretend you’re running to fix the reactor next to them, wait a few seconds while everyone starts. Observe if someone was nearby and did not activate the reactor. Don’t forget, the imposter will pretend to be surprised.

7. Observe the speed of travel

On larger maps, mostly. The travel speed of all players is the same. The imposter has an advantage, he can move quickly through the ventilation ducts.

If you have crossed paths with a member, in a short time a body is reported and that member claims he was on the other side of the map, with confirmation from the crew, the chance is much greater that he is the imposter.

A true crew member has no reason to close doors on the map. If you see a crew member closing the door, especially in places with ventilation entrance, be suspicious. It is a simple impostor tactic, but many still close their doors to isolate a crew member.

You see someone entering a room, then you enter too and you are faced with a different body on the floor. The one you saw coming in is the imposter and is hidden or crossing the ventilation duct.

On the map, there are several scattered cameras that can be observed by crew members. Looking at the cameras, you notice that some crew members never cross this stretch, be wary, good imposters avoid these areas so they won’t be seen killing anyone.

Players stopped away or AFK are very dangerous, this is a tactic sometimes used by imposters, they are stopped in a place as absent. If a single member runs alone through the room, he will be killed and the imposter will return to his starting position. Good impostor has no qualms!

I hope I helped your team with the tips for finding the impostor in Among Us. The art of being the impostor will still have many updates. While some people struggle to solve the problem, even more are thinking about how to create new problems. Watch out for the knife in the back, good fun!