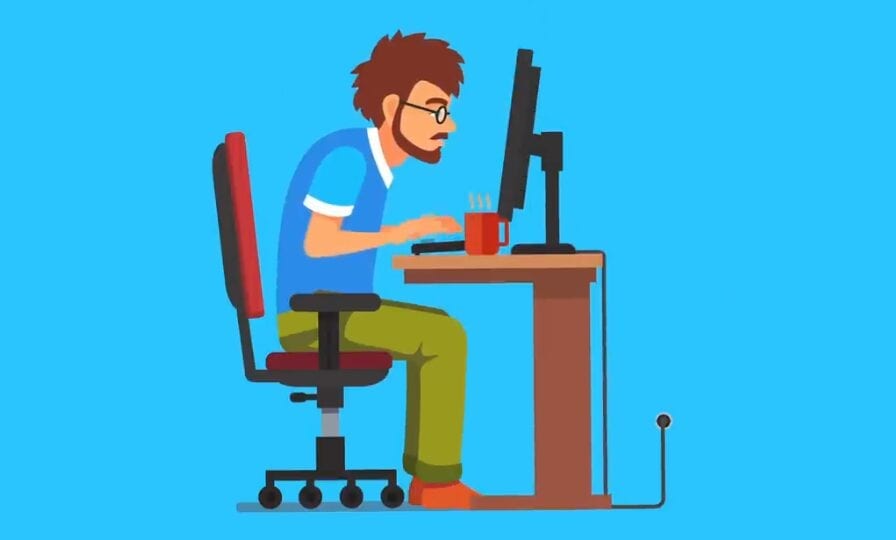 You know, we all have that one friend or co-worker whose computer skills make us feel like a Neanderthal. They barely touch the mouse when working on the computer.

Their screen lights up with all kinds of tasks and boxes and their fingers go lightning fast on a keyboard. They even have time to casually chat with Siri or Cortana and stream games afterwards. But this is no sorcery. Your friend is simply a whiz when it comes to Hot Keys.

And you can be too. Let’s start with a skill every computer maestro needs to know.

How to use DaVinci Resolve

Imagine you’re in the middle of some work, project or research you’ve been doing all day when you need to deal with another task immediately, opening new tabs and windows will just slow you down and mess up your workflow. So you need a new clean desktop. Well, just press the windows key + control + D or control + up. If you use a Mac. It’ll switch to a new fresh desktop and you’re ready to go.

OK, but where is all that precious work you were doing before? Is it gone forever? Don’t panic. It’s just hiding, to get it back. Push the windows key+ctrl or the control key on a Mac. Now you can switch between all the virtual desktops you’ve made by using the left and right arrow keys.

When you’re done with the second task and you are sure, you no longer need that desktop. You can close it by pressing the windows key+ctrl+F4 on a Mac hold down the option key and click on the X sign that appears over any open desktop spaces that close them.

3. Return to the desktop from apps

If you have too many apps open, and need to use another one hidden behind all those windows on your desktop. You don’t need to minimize them all one by one. You can minimize all of them at once by pushing the windows key+M. You can also take a peek at your desktop with the Windows key+comma or command+F3 for Mac OS.

This is a handy little trick if you work with information from desktop widgets or if you really need to take a break for a second and look at the fluffy kittens or fields of common green grass you use as your desktop wallpaper.

4. Open an app from the taskbar

If you want much faster access to your most used apps, consider keeping them on your taskbar. It’ll speed up your workflow even more if you use the following combination, the Windows key+a number key from 1 to 9. Each number represents an app in your taskbar from the left to right and this combo will bring up the necessary one.

Unfortunately, there’s no similar hotkey for Mac OS, but I’m pretty sure MAC users are quite content with Mac’s awesome app navigation.

Want to see a magic trick? Try this.

Open one app that you’ll need for your work and press the windows key+left arrow then open another app and click the Windows key+right arrow. Now two windows are sharing your screen, checking facts in your academic work while looking directly at your sources, no problem. Photoshopping while watching bright side videos. Easy peasy.

There are several ways to effectively shift from one app to another and to manage them on your desktop using hot keys pressing control+Alt+tab will show you all the apps currently running on your P.C.

Again, MAC is known for rocking the app navigation game, so it’s a bit easier on
OS is just control+TAB.

Another way to open the task view, press the Windows key+tab. This is the P.C. equivalent to the MAX Mission Control. It provides a broader view of open windows and available desktops and is much more convenient to use. And finally, there’s the hotkey Alt+tab or command+tab on a Mac that will allow you to swap programs without previously displaying them like a deck of cards. If you work with just a couple of windows at once. This one’s for you.

Let’s go shoot us some trouble. Now read carefully because you will want to remember this one.

Everyone’s been there. One program is stuck and won’t process anything, even if you cry, beg or try to bribe it to do so, to avoid restarting your device and losing all your progress. Try using the following combo control+shift+escape (ESC) or command+option+escape if you’re working on a Mac, it’ll open the task manager which will help you force quit any malfunctioning app or stop the ones that aren’t responding.

Losing some data from one faulty program is not the same as losing all your data from all of them.

Not all your apps need to be on hand all the time for you to work faster. Some of them are standard programs built into your computer and there’s a quick and convenient way to access them. Pressing the windows key+E opens the file manager window on your P.C and for Mac users, this is your Finder app.

Ever dreamed of becoming one of those TV detectives that can find anything on any picture, no matter how tiny the images, enhance the image? I need 10X zoom. Yeah, you can totally do that on your computer. The Windows key combined with a + or – key, will open the magnifier app which allows you to zoom in and out wherever you point your cursor.

The same goes for Mac OS, but you need to use the combination of Alt, command and + or – to zoom in and out.

Just don’t expect to be catching any criminals from the tiny inverted reflection, bouncing off an earring or something.

Oh, you found that tiny evidence. Well, you better collect it. Use the Windows key+Print screen (PrtSc) to take a screenshot and immediately save it in the image folder on your hard drive. Mac also lets you take screenshots by pressing command+shift+3. But for you it gets even cooler if you press four instead of three. You’ll be able to choose what part of your desktop you want to snap a picture of, or even take a screenshot of only one exact window.

Set up Bluetooth, connect with devices in your network, use your P.C as a Wi-Fi hotspot. Turn notifications on and off those and many other functions and newer versions of Windows are available in one place called Action Center, to open it simultaneously, press the window key+A for Mac users, your notification center is always a click away in the top right hand corner.

If you need more tweaking or access to more advanced parameters of your P.C, you can have it all. Use the windows key+i to do just that.

13. Talk to Cortana or Siri

Siri and Cortana can do it all and you can call them up with just one touch. To open Cortana on Windows in listening mode, press the Windows Key+C and to summon Siri on Mac OS hold command and space together. Hey, Siri.

14. Use the Windows Game Bar

So you’ve been working hard all day bringing up these desktops and whatnot. You come home and it’s time to relax to a nice gaming sash. And here it comes, that exciting moment when you finally beat that insane boss fight or you and your friends had a hilarious exchange or epic battle in the online game you are playing together. If only you could capture that moment forever. Well, actually, you have everything you need right in the game bar feature on your P.C.

You can bring it up at any time by pressing the Windows key+G to set up recording manually. But that’s not all. Game Bar itself has a hotkey for starting and stopping recording. Just press Windows+Alt+R, you can even start streaming by pushing the Windows key+Alt+B.

Mac OS also has its own feature for capturing videos, and it’s really simple to use, Press shift+command+5 to record the screen using QuickTime player.

Let’s say you share a computer with your family or co-workers and you’ve spent all day looking for the perfect gift for your mom or slacking off at work and you don’t want anyone to know about it. If you suddenly need to step away from the computer but you don’t want anyone meddling in your stuff, you can quickly lock your user profile, simply push the Windows key+L or shift+command+Q on a Mac.

Just make sure you set up your password first and don’t forget it. Pretty cool, huh?

Hey, which hot keys, make your time on the computer smoother and faster. Let everybody know down in the comments.

Be sure to share it with your friends and family.

Everything you need to know about battery cycles on your MacBook