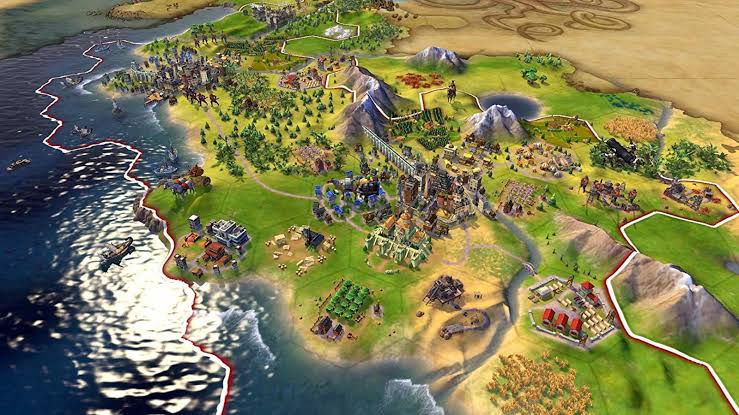 Strategy games have historically been one of the most popular genres on PC and Android. Gradually some appeared on the console, but with the advent of Android, such games were developed on the platform. So here we bring you the best strategy games for Android.

There are many strategy games for Android, iOS, and PC, but we recommend many of those that have made this genre popular on Android and that it became one of the best platforms to play this genre that you love so much among millions of users.

Curious is the adjective that could define Plague Inc., one of the best-known mobile strategy games. Your mission is to spread a deadly epidemic to wipe out all human beings in this particular title. While infecting humanity, you should try to prevent humanity from being successfully protected from your pathogen.

Developed by Miniclip, this game is available for free in the Android app store, although it features in-app purchases. Do you know how to spread the epidemic to kill everyone? I play Plague Inc. and prove it.

Defense Zone is one of the best strategy sagas available on Android, so you can enjoy each of the games you’ve released so far. We recommend the last of them, Defense Zone 3, in which you will have to defend yourself from enemy armies with new towers, weapons, landscapes, and special abilities.

Lead your army in real-time and conquer your enemies with the right attack strategy in a multiplayer open-world RTS game—player-versus-player (PvP) mode. As one of the few surviving commanders after World War II, defend your base, customize your units, and attack your enemies to survive. In our army, we have armored vehicles, missile attacks, air force support, helicopters, and infantry, to make our way through enemy hordes.

If you like the WWII setting more, this game begins on September 1, 1939, with Poland’s attack. We will pass through the most famous military operations theaters of this contest, such as France’s invasion, the offensive of the Maginot Line, Dunkirk, Battle of Great Britain, Russian campaign of 1941, the battle of Stalingrad, and many more. We will lead Rommel’s Afrika Korps to fight in Tobruk’s (1942) battles and El Alamein. Or we will take command of the Manstein and Guderian armies at the Battle of Moscow and the largest tank battle in human history, the Battle of Kursk (1943), to finish off the game at the Battle of Berlin (1945).

Perhaps it is, together with Forge of Empires, the most logical alternatives to replace the great medieval strategy game. It is a cross-platform title, so the same game’s progress can be carried out on mobile or PC. It is based on building construction and the advancement of cities over the years, but as in any free to play off the Play Store, it penalizes progress a lot in the long run without putting real money in.

The legendary Clash of Clans, the par excellence clan war game that outperformed Fortnite and PUBG in summer 2018, could not be missing from this list. Create the best village and train an almighty army to take on your enemies in wars from which to emerge victoriously. You can also build clans with other players.

Supercell is the developer of this strategy game, with over 500 million downloads on the Play Store. As you can imagine, it’s a free app, albeit to get features and special items with in-app purchases.

Clash of Clans is not the only strategy game created by Supercell; there are several more among which we find Clash Royale. In this title, you’ll have to use the familiar Clash characters to destroy enemy towers to earn crowns and trophies. To do this, in addition to your troops, spells, and defenses, you’ll also need to improve your card collection.

Although it has not yet matched Clash of Clans’ success, this Supercell game has already surpassed 100 million downloads in the Play Store. You don&#8217t have to pay to play it, but it does have in-app purchases.

Badland Brawl is an online game quite similar to Clash Royale, the genre is the same, but there are big differences. It is played with the characters from the Frogmind’s Badland platform series. Users get various characters and fight against other players. Some of the other features include a tribe social feature and the ability to share characters with your friends.

The next android strategy game is ROME: Total War. In this particular strategy game, you will have to organize your troops of the Roman Empire to conquer everything that is put before you. Massive battles with hundreds and thousands of soldiers and 19 playable factions. It’s clear you won’t get bored with all the options they offer us.

In DomiNations, you can build a civilization from scratch and fight or be supported by great historical personalities such as Leonardo Da Vinci. Advance through history to the space age, going through all times of history in your epic battles.

If you are regular players on console or PC, you will surely know the Fallout saga, this nuclear post-apocalyptic survival saga. In this case, you will have to control the shelter so that most of humanity manages to survive the nuclear disaster out there. As the shelter grows, so will the number of things to do and control.

If there is a game that we have been able to play on Android for years, this is Plants Vs. Zombies. Its premise is clear; it prevents zombies from coming defeating them with different plants. Yes, in this case, your soldiers are plants but don’t worry, they’re big warriors.

Spells and different characters are the elements that you will have to use in CastleStorm to defend your own castle and attack at the same time that of the rivals. You’ll have 8 heroes to choose from, four campaigns with a total of 150 battles, and four nations, such as the Nordic or the Royal Guard. CastleStorm is free but has in-app purchases.

Here we have Kingdom Rush. It is one of the most classic Android strategy games of the genre. However, get ready for frantic action and a screen full of enemies and objects.

Create your empire, collect taxes, train troops and defeat your enemies. One of the best-known strategy sagas in history has this version for mobile devices and is a high-quality Android game. Battles are played in real-time, and it is possible to engage in combat with other users (and on different platforms). A curious detail is that it is possible to modify the maps, which look very little.

Pure strategy and tactics and doubt, with present shifts and very recognizable military forces (World War II is depicted). Panzer General style, which will be remembered by the oldest in the place, military and raw material resources must be managed. Also, creating a combined action to move forward is key. It is played worldwide, so the amount of data handle is great, and without a doubt, this is an Android game that will delight strategists.

Real-time strategy that mixes with the epic, as we talk about a title where it is possible to use Heroes and even some strokes of magic. The best thing this Android game offers is the many options, with countless buildings and troops. It is even possible to hire mercenaries. It’s an intense game, where kneading a good army is key. There are clans to contact other players and receive or give help.

With less realistic graphics than the rest, as they are fun and close to comics, in this title, you have to create a powerful army to conquer the cities of the other players using Undead for it. There are different types of troops, such as cyborgs or minemen, and the truth is that management is present to maintain and create everything you need. It’s a lot of fun, but the one with the least tactical content (they can be created or belong to clans).

If you like Roman times, this is one of the strategy games on Android that you should not miss. It is a real-time title where you have to create an army (the complexity of these is one of the great weapons of this Android game), and the concrete representation is in which they fought in the Gauls. More than 100 types of units represented by cards, this game is despite not being a good experience in turn.

This is a development in which you have to attack enemy bases, including buildings. It can be said to be an anti-tower defense title. It’s fun aesthetic as it simulates a Caribbean island is most interesting and also offers multiplayer options. It costs absolutely nothing, and you have to defeat mighty final enemies.

This is one of the titles we have chosen that is not free, but luckily does not include purchases inside. The expense is worth it, as it offers high quality, both in artificial intelligence and graphics. One of the strategy games on Android in turn with missions to succeed in a world to be saved. Addictive and part of a well-known saga.

Although it is an MMO (massive online) title, it has an obvious strategic touch that makes it part of this list. Fantasy and legend allow you to use all kinds of eye-catching troops to take down the rest of the players – or sign alliances if you consider.

This is the continuation of one of the best-known sagas, which is to the liking of both those who play puzzle or strategy creations, as it cannot be otherwise. Now, this turn-based game is available for Android for 3.99 euros, and you must manage to “save” your worms using weapons, explosions, and customization options. It has an online mode and, with this title, thirty missions are included in the beginning. Also, it has 12 game modes with graphics reminiscent of cartoons.

In Shogun Empire, it is possible to enjoy intense battles, where well-managed shifts are essential. Also, the units that are available to the user must be properly controlled. Perfectly adapted to touch platforms, it’s a perfect combination of war games and turn-based puzzles. Its finish is of great quality and therefore very addictive.

How to Borrow Data on MTN, Airtel, 9mobile and GLO