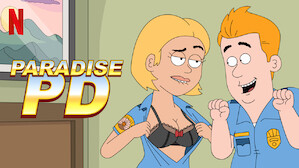 In addition to different styles, techniques and plots, the audience of animations can also be quite varied, after all there are productions of the genre made for all ages. For those who have been small for some time now, we’ve listed 5 adult animated movies on Netflix ranging from laughter to fright. Check out your trailers and synopses and have a good session.

Awarded at the Cannes Film Festival, Perdi Meu Corpo is a French animation with colorful scenes and in black and white. The film has as its protagonist a severed hand, which when escaping from the laboratory in which she was trapped, wanders the streets of Paris trying to find its owner and re-memos his life of yore.

British production, Ethel & Ernest is based on a comic of the same name that tells the story of the parents of cartoonist Raymond Briggs. The narrative begins in 1920s London and follows the couple throughout their lives, from when they met and married, to moments such as the confrontation of World War II and the birth of their son.

Title that could not be missing from a list of animated movies for adults on Netflix, Resident Evil: Revenge is the latest feature in a trilogy of 3D animation based on the famous video game franchise. In their plot, Agent Leon and a biotech professor seek to detain a merchant who wants to spread a deadly virus among the population.

History that takes place in Saudi Arabia and is based on a famous local cartoon, Masameer – The Movie is a comedy about superheroes and the way women are viewed by society. In the cartoon, an engineer who dreams of transforming the world for the better through robotics, joins three friends who wish to fight crime.

Inspired by a true story, Black is Beltza is a Spanish production set in the mid-1960s. Addressing social issues and unforgettable events of the time, such as the class struggle and the counterculture movement, the film stars Manex, a young man prevented from parading on New York’s Fifth Avenue during the Feast of St. Firmino due to the color of his skin.

Did you like the adult animated movie nominations on Netflix? Then run play!

How to change the language of Google Chrome