Access Dots shows when your camera was accessed on Android 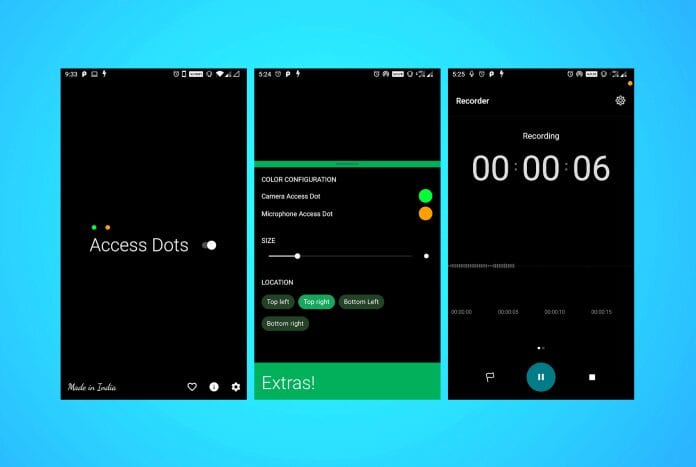 Android phone owners can now know which apps are accessing or have accessed the smartphone’s camera or microphone. This is possible thanks to Access Dots, which brings the new indicator from iOS 14 to Google’s operating system. The app is free and available for download via the Google Play Store.

The software is an option to increase privacy control on Android phones. As with iOS 14, the new version of Apple’s iPhone operating system, the app displays a colored ball to indicate whether an app is using or previously had access to the phone’s camera or microphone.

The app is even more complete and flexible than Apple’s feature. Through the settings, it is possible to customize the color, size and location of the indicator according to the user’s taste. In addition, Access Dots also records a history of the resources used by the applications installed on the phone, including the time of the occurrence.

The developer app jagan2 is compatible with Android 7.0 and newer versions of Google’s mobile operating system and is very light: it weighs only 2.7 MB. Access Dots can be downloaded for free from the Play Store ( play.google.com ).

How to set difficulty, resolution, and game subtitles on PlayStation 5