Apple iPhone 9 will be released in April 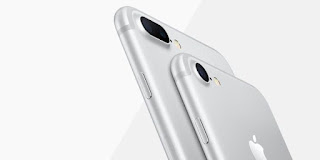 Apple previously released new products such as MacBook Air 2020, iPad Pro 2020, and new Mac mini overnight. According to the latest news, the iPhone 9 (or iPhone SE 2) that everyone hopes will arrive in April this year. Apple uses a new strategy.

According to the latest information, the source Jon Prosser said on Twitter that the Apple briefing is about to begin. From a logistical perspective, the iPhone 9 will be shipped in April this year. Considering economic pressure and shareholder responsibility, Apple is considering April release of iPhone 9.

Earlier the blogger broke the news that the iPhone 9 has entered the mass production stage, and Apple has also reached a new cooperation with China’s BYD on behalf of industry and commerce to accelerate the production of products.
Previously, It was reported that iOS 14 code leaked a lot of information about the iPhone 9 / Plus . The iPhone 9 will be equipped with a 4.7-inch LCD display and a “Home” button with built-in Touch ID. It seems that Apple is also working on a larger version of the iPhone 9, which may be named iPhone 9 Plus.
There is evidence that both will carry A13 Bionic chips, which are the same processors used in the iPhone 11 and iPhone 11 Pro.
The iPhone 9 / Plus will have a physical Home button that was introduced with the iPhone 7 and remains on the iPhone 8 phone. This means that the Home button will not actually be pressed, as it uses Taptic Engine to simulate clicks and reduce hardware failures.
Because it is an entry-level model, the iPhone 9 and iPhone 9 Plus will provide Touch ID instead of Face ID. Users will be able to use Apple Pay and Express Transit features, which are not available on some older iPhones. The new model will also be able to scan NFC tags in the background, which previously existed on the iPhone XR, iPhone XS and iPhone 11, which are not supported by the iPhone 8 or iPhone X.
Facebook
Twitter
ReddIt
Pinterest
WhatsApp
Previous articleHackers steal AMD Navi 21 and Xbox Series X GPU test source files, request $100 million
Next articleSamsung expected to launch cheaper 5G smartphones this year

Joining groups to play as a team or just chatting is a very common thing on PS4, and now creating a party on PlayStation 5...
Read more

How to Lift Telegram spam Ban

How to Lift Telegram spam Ban