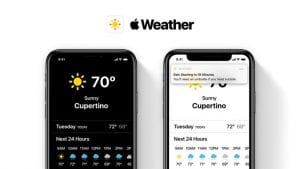 Apple Corp. announced today that it has acquired the weather app Dark Sky, an unexpected move. Although Apple has stated that there will be no changes to Dark Sky for iOS at this time, we can expect Apple to integrate it with the iOS weather app in the future.

With this in mind, designer Parker Ortolani brings us the latest concept design, which has redesigned Dark Sky to give Apple fans a new look for weather applications.

Dark Sky is known for providing detailed weather information, latest data, advanced maps, real-time notifications and more. The purpose of this concept is to show how Apple can take advantage of Dark Sky to integrate into iOS’s new weather app. 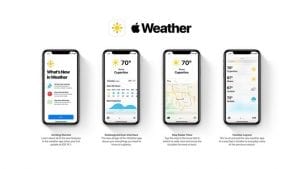 Ortolani brings a pure design without the colorful animated background that Apple introduced with iOS 7 in 2013. Instead, the weather app automatically adjusts to the light and dark theme of the system. In addition to a map radar with temperature, precipitation and wind speed data, the main view will show a more detailed weather forecast and show rainfall forecasts on the chart. Another cool feature shown by the concept is Dark Sky’s weather forecast notification system, so users don’t have to keep the app open.

It should be noted that the current native weather app from Apple is only available for iPhone and Apple Watch, and Dark Sky is also available for iPad. This could be an opportunity to bring the official weather app to more platforms, such as iPadOS, or even macOS that supports Catalyst technology.

It took, but it arrived. It is now possible to make a video call on Tinder. The platform calls the video chat “Face to Face”,...
Read more

The game Among Us has a main pillar, the imposter. Within the crew, there will be 1 to 3 false crew members...
Read more

If you chat with many people on WhatsApp, you probably have forgotten to reply to an important message, be it from friends...
Read more

Any user can remove their Tinder account, but there is always a question about how to recover a deleted Tinder account if they beat...
Read more
Load more