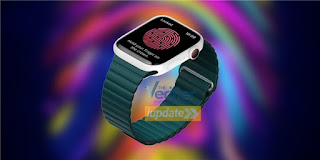 According to reports, Apple may add support for Touch ID fingerprint unlocking in future Apple Watch. One of the solutions is to use the fingerprint under the screen, but it is not clear whether the related solution will be ready this year. The report says that the related function may appear in Apple Watch Series 7 (2021).

The existing Apple Watch requires users to enter a PIN to unlock it, and it will automatically lock when the watch is removed from the arm.

In addition to the fingerprint solution under the screen, there is a method similar to adding a fingerprint sensor to the Apple Watch’s crown. However, starting from Apple Watch Series 4, relevant devices have been added with the ECG function. The crown panel is often covered with titanium electrodes. Therefore, related designs still face challenges.

In addition to fingerprint recognition, the report states that Siri functionality in watchOS 7 will also be improved, but the report also states that Apple Watch Series 2 (released in 2016) will not be able to update to watchOS 7 in the future, and no major new Apple Watch is expected to have new hardware changes, except that it may add some new features (such as WiFi 6) and extend battery life, but its industrial design will remain the same.

Foreign media expect that Apple will officially release watchOS 7 at the WWDC 2020 conference in June 2020. WWDC 2020 is expected to be held online, but Apple has not yet determined the exact date of the conference, and the next generation of Apple Watch is expected to be launched in the fall.

You were trying to download PUBG, and when it hit 99%, you took the last hit. Google Play Store stopped the download and...
Read more
Load more