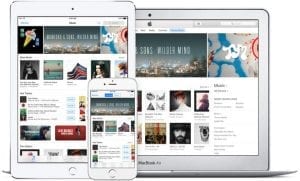 Apple was sued today and charged with “mass music piracy” with a company that distributes music.

The lawsuit has been filed in the US District Court for the Northern District of California, with Apple and British music publisher Adasam Limited listed as defendants. Foreign media AppleInsider said the two were charged with illegally copying and distributing more than 80 pirated records.

According to IT home, the lawsuit states that Adasam Limited is selling “recordings from almost every well-known record artist from the 1920s to the 1960s.” But without a proper license to reproduce these recordings, the publisher’s music catalog is clearly pirated. The plaintiffs claim that Apple distributes pirated records on iTunes and has been accused of taking business from legally authorized companies by reducing the price of legally released songs.

For example, Lena Horne’s Stormy Weather can be purchased for $ 1.29 from the iTunes store, and the same accurate recording can be purchased from Adasam for only 99 cents. If the plaintiff is correct, the later version of the song is piracy. The lawsuit also alleges that Apple and Adasam used pirated songs to compile “most popular” records, including “almost all important records from the 1940s to the early 1960s.”

The plaintiffs are seeking damages and legal fees and a permanent ban to prevent Apple and Adasam from infringing on their copyrighted material.

Infinix announced its latest mobile, Infinix Hot 10 in the economic category, with a giant screen of 6.78 inches running the tenth...
Read more

Infinix has released its latest phone, the Infinix Zero 8, which competes strongly in the middle class. It is...
Read more