Do you know which are the best war games without Internet and free for Android or iPhone that do not need connection and can play offline? 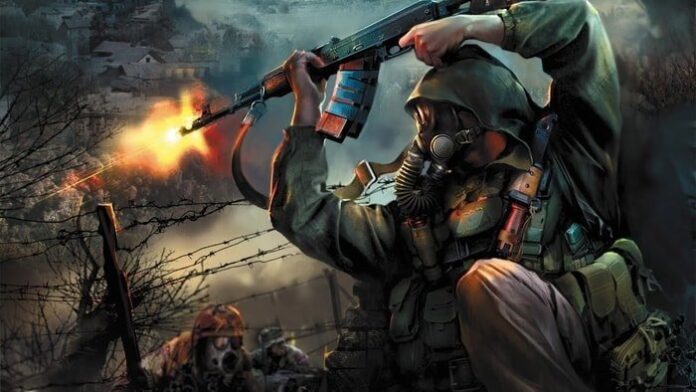 Nowadays with the use of the Smartphone you can carry out endless activities at any time and in any place in a very simple way, be it communicating with another person, looking for information, canceling payments, drawing accounts, playing, among many other functions that these devices offer us. All this with the aim of offering a large number of tools to each of its users for those moments where you have to spend long hours waiting.

Due to this, both the Android operating system and the iOS operating system have a wide variety of free and paid games of all kinds for the enjoyment of their users. Currently, the war games have been positioned in the highest positions thus becoming the preferred by many. In addition, the vast majority of them can be obtained for free either on Google Play or the App Store.

It is important to mention that most of these mobile games are used over the internet. However, developers have been betting on games that can be managed without the need to use the device’s data or a WiFi network, which has become a great advantage for all users.

In such a way, here we show you which are the best offline war games for Android and iPhone.

If you are looking for a way to have a fun time with your Smartphone without the need to spend your mobile data or use a WiFi network, here we are going to present you a list of the best war offline games for both your Android and iPhone, so you can download them right now and start enjoying each one of them.

If you are a lover of war games, Hitman Sniper will surely be one of your best options, despite having been in the market for many years, it is still positioned as one of the best. In addition, you have the opportunity to use it without the need to have an Internet connection and it is available for Android devices.

Hitman Sniper offers you a wide variety of levels where you can advance with the help of your sniper rifle and with great precision to overcome each of the obstacles that appear along the way.

This offline war game ideal for Android users can be enjoyed for free through Google Play. In it they will have to go through incredible adventures during a Zombie apocalypse where you will have to fight for the lives of your entire family and yours. For this you will have an arsenal of high potential weapons with which you will have to kill all the zombies that appear on your way.

It is a game based on a military expedition where you will have to use different weapons to confront your enemies, in this case it is a worldwide terrorist organization which you have to catch. To do this, it will be necessary that you include yourself among your enemies to be able to discover and destroy each of their bases until you capture the head of the entire gang. Ideal for those who love action games and war games and is available for Android devices.

Kingdom gives you the opportunity to create your own kingdom, farms, smithies, rivers, lakes among many other tools for combat, here you have the opportunity to create your own army of soldiers and train it and then go to compete against the enemy in different battles, where you can use a large number of weapons of different types. This application is available for iPhone and Android.

Another game available for iPhone and which you can use without having an Internet connection . In it you will represent a hero whose mission is to save the world, in order to achieve this it will be necessary for you to fight against evil and all those villains that will appear on your way. Your main objective is to save the world before it is too late , for this it will be necessary that you pass several levels where each time its difficulty increases.

This war game can also be enjoyed without the need to be online, it is considered today as one of the best for iOS devices, it stands out for its graphics and interface.

In it, your mission is to become one of the most evil villains in the world, for this you will have the need to destroy and murder different characters that will appear on your way. in this way, it will be necessary for you to pass different levels where the war action with the enemy will be increasingly difficult.

Considered one of the best war games over time and which can be used without the need for a network connection. You can get The Walking Dead available for iPhone and is mainly based on a war against evil.

Your main mission will be to try to survive and create the best strategies to be able to overthrow the strongest enemies. You have the opportunity to create your own city and protect it so that no villain enters it. A real fighting game and a lot of action.

It is an offline war game for Android devices. With Shooting Games you will have the opportunity to handle a large number of weapons in order to defeat your enemies, for this it will be necessary that you take a large number of shots in order to achieve your survival. Here you will have to carry out endless adventures against zombies that will try to kill you at all costs, it is up to you to survive this invasion.

If what you are looking for is a war game, Warship Battle is undoubtedly the best option. It is based on the Second World War specifically in the confrontations between warships in the seas. A game where you will be able to carry out confrontations both in the Pacific Ocean and in the Atlantic Ocean, as well as to face warships from all countries. Here you will have the opportunity to have a large arsenal of weapons for your battles. A game available on Android.

This application is available for Android and you can use it without the need for an Internet connection. The real goal here is to be able to stay alive. JYDGE in a robot with which you will have to go through several adventures fighting against the enemy, for this you will have a large number of weapons, such as rifles and pistols . In addition, you can choose different companions for each of your missions where your ultimate goal will be to end crime. All in all, it is one of the best war offline games.

If you have any questions or any suggestions on any other best offline war game that should be included in the list, leave them in the comments, we will answer you as soon as possible, and it will surely be of great help to more visitors. Thank you!