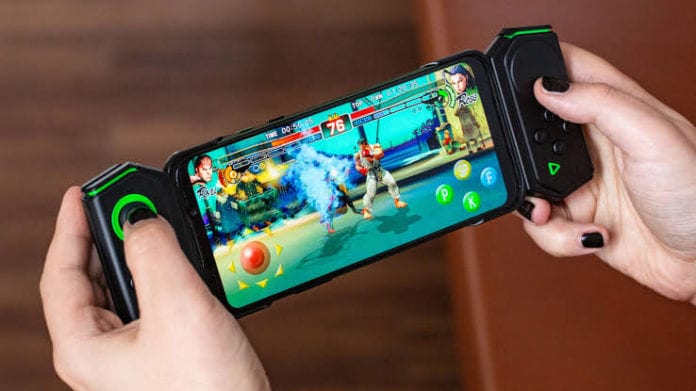 We separated some free games to pass the time without “weighing” your Android or iOS smartphone.

It is not always possible to have a video game nearby or the computer to play. At these times, the smartphone can be your best friend in a queue, public transport, or even just to be distracted. And so as not to detonate with the battery or fry more basic devices while having fun, we have listed below some lightweight games for Android and iPhone.

For this list, we ran away from the biggest smartphone hits of all time, such as: Angry Birds, Candy Crush, Clash Royale and etc. These you certainly know.

This game is, at the very least, curious: you control a nice chicken … With your voice, or better, screams! Chicken Scream is a platform game, unconventional, in which the player does not use his fingers to move the character, but sound effects. I imagine that playing it in public places can generate some awkwardness, but it certainly must be very funny among friends.

Another representative of the “ infinite race ” team, Subway Surfers must live or has lived in most of the smartphones of people using public transport. It is one of the best lightweight games for Android and iPhone. In the game, you control a teenager with no sense of danger when “surfing”, sometimes with a skateboard, between the tracks of a train station. The villain, who is actually just doing his job, is a guard who tries to stop the rebellious child from almost killing himself. But the game is super fun and always wins themed seasons.

Classic of the PCs, and one of those games that run even in a toaster, Crazy Taxi also has its mobile version and, better, in the classic mode. More than being the craziest taxi driver in games, you can still do that to the punk rock classics, like “No Brakes” (The Offspring) and “Hear It” (Bad Religion), for example.

You probably don’t know why you keep playing, nothing makes sense, but you still can’t stop. With very simple but addictive gameplay, you control a ball and need to go down a big pillar without hitting obstacles. To do this, just move your finger across the screen right and left at the right time. And that’s it … But it’s wonderful and I can’t stop playing. Somebody help me!

Visually, the game is very weird. It seems that the characters were rendered from modeling clay. It’s really ugly, I have to talk. However, Zombie Tsunami is fun and addictive. Also of the “infinite run” type, where you control a horde of zombies and must avoid obstacles while devouring an entire city, increasing your army of undead in the process.

Who doesn’t like a navigator game? Sky Force Reloaded brings the classic shape of 16-bit generation space shooters. You are the commander of a warship, equipped with different weapons – unlocked as you progress through the campaign – and you must destroy an imminent threat to the world. The story is very cliché, but the gameplay (which is great) is what really matters. Make sure to also check it out if you are looking for lightweight games for Android and iPhone.

A classic of smartphones, Jetpack Joyride is an “endless run” game. In the app, you control a salesperson, extremely disappointed, who decides to radically change his life by “borrowing” a super jetpack from a technological corporation. In the game, you need to collect coins, dodge missiles and unlock new destruction equipment. All of this at high speed.

Jewelry matching puzzles never age or fall out of interest. And Popcap Games’ Bejeweled series (the same one that created Plants vs Zombies) is one of the best of its kind ever made. The sound and visual effects are great when completing super combos, there are different game modes and randomly generated levels.

It may even seem like a game for lazy people, but you don’t “really” need to play Nonstop Knight. Just make some customizations and then put everything on automatic. Even with the app closed, you will still progress with your character. Of course, you can speed up the process a bit if you decide to interact with your hero by customizing combos, using boosts and collecting items. The game also has a part 2, so you can as well check that out too.

Pinball games are great: they are distracting, do not require as much skill to play and are usually very visually attractive. All of these concepts are on the Zen Pinball tables and more. The game gives you a free table to play, but you can buy others and even some themed and licensed by major franchises like Marvel, Star Wars, Fallout and Skyrim (Bethesda).

So that is a wrap on 10 best lightweight games for Android and iPhone. Trust me these games listed above are worth trying out especially when you are out of data and you just need to download some lightweight games to play so you don’t get bored.