Find out the best smartphones for you under the price of 60000 naira in Nigeria 2020, with the best features and specs. 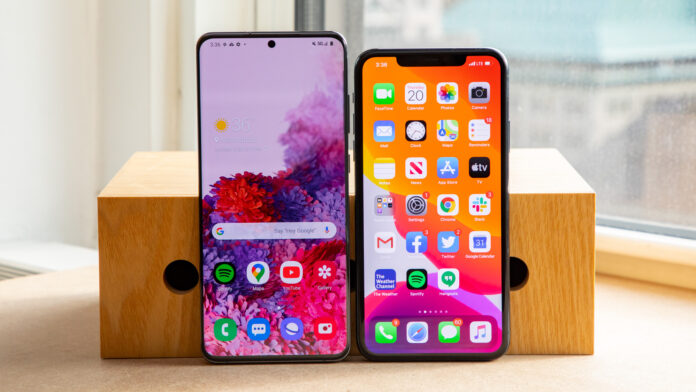 Smartphones or mobile phones have become an indispensable tool for day to day, and more and more models very affordable and good benefits. Once the hardware is mature and Google has managed to optimize Android for devices with more limited features, there is a lot to choose for best phones under 60000 Naira in Nigeria.

It is the price (₦60,000) that I have marked as the cap for this article, and what I consider above all the best low range phones you can buy below 60k price range in Nigeria.

They are cheap smartphone models, with good value for money, and that may be within reach of the bag of a majority of users who are looking for something economical for their day to day because they do not use them much, or that they prevail above all that are fairly affordable but still work well. Many of the phones presented here can be viewed as Chinese phones.

Yo! Calm down okay, I know that a ₦60,000 phone is not considered cheap in Nigeria but these phones come with amazing features and specs that give you the real value for your money which leads us to things you need to consider before buying a smartphone in Nigeria.

You should know the features you like best in a phone. A gamer should have eyes on smartphones with a big battery that can last you for a while as well as the RAM, processor and GPU, while a photo freak should have eyes on smartphones with good megapixel but do you know that every phone user has a thing in common? which is to strongly consider is the cost of the phone you will be buying.

The Realme C3 is an interesting low-end Realme mobile, in which it cuts as usual at these prices on the case, which is made of plastic with a rear motif, and which is available in blue and red. The screen is 16.5 cm (6.5 inches) with a resolution of 1600 × 720 pixels, making it a large phone at 164.4 × 75 × 8.95mm and 195g; It is within the norm nowadays where it seems like everyone wants a big phone in their pocket.

The processor is a Helio G70 with eight cores up to 2 GHz, with good performance and with a Mali-G52 graphics unit. It is similar to a Snapdragon 665, so it is a good processor for these prices. It includes a minimum of 3 GB of RAM and 32 GB of storage, having a micro-SD card reader of up to 256 GB and dual SIM slot.

The battery is 5000 mAh with a standard 10 W charge, so it will take close to or over three hours to fully charge. The autonomy is around 12 to 14 hours of screen use for browsing or watching videos.

The front camera is 5 Mpx and ƒ / 2.4 that records video at FHD and 30 f / s. The rear camera has a main sensor of 12 Mpx and ƒ / 1.8 and a secondary of 2 Mpx, recording video at FHD and 30 f / s. They are decent photos shooting good in natural light conditions but introducing a lot of noise in low light or at night. In general, it is a cheap mobile with good features.

Where to Buy Realme C3

Tecno pouvoir 4 comes with a 7-inches full HD plus display with a screen resolution of 720 x 1640 Pixels, as the name implies pouvoir which means power, the battery is 6000mAh making it the highlight of the phone. The rear camera comprises a 13MP primary camera, double 2MP secondary cameras, and a low light sensor which helps improves photos taken in the dark.

Where to buy Tecno Pouvoir 4

Where to buy Blackview A80 pro

The Umidigi A5 Pro is an interesting low-end mobile with a decent but typical design, with a 16 cm (6.3-inch) screen with a resolution of 1080 × 2280 pixels of normal quality, and an eight-core Helio P23 processor, accompanied by 4 GB of RAM and 32 GB of storage. For a mobile around 100 euros, they are quite good characteristics.

It also has a 4150 mAh battery with a standard 10 W charge, so it takes around 4 hours to recharge. To complement these characteristics, it has a triple rear camera, the main 16 Mpx, the secondary 8 Mpx 120º wide-angle, and the tertiary 5 Mpx for depth effects. It is not a great camera, and the wide-angle one is very normal, but at least the main one takes decent and totally usable photos.

Where to buy Umidigi A5 Pro

The Redmi 8 is the older brother of the Redmi 8A, and it adds several features at a slightly higher price, but its quality remains the same. It has 3 GB of RAM as standard, and the rear camera has a second 2 Mpx sensor for depth effects. Xiaomi adds a fingerprint reader on the back, which is not present in the Redmi 8A. The Redmi 8 is actually one of the best phones under 60,0000 naira in Nigeria.

Where to buy Redmi 8

Where to buy Redmi Note 5A

Nokia 4G as a mobile phone features 5.84-inch full HD screen, offering you a vivid and different visual experience. 8MP front camera allows you to enjoy vivid selfies. It comes with most of the features that we’ve come to expect from a phone, including 4GB RAM and 64GB ROM storage equipped with Android 9.0 Pie, 3060mAh battery, and so on.

Where to buy Infinix Hot 9

Hot 8 features a  6.6inch IPS waterdrop-style notch screen. On the back of the Infinix Hot 8, it has a horizontal triple-camera, the main camera is a 13 megapixels sensor designed for wide image capturing, paired with a 2MP sensor for better depth capturing. There is a third sensor (QVGA camera) for bettering captures in low light. The 3GB RAM + 32GB ROM storage option of this phone comes with a MediaTek MT6761 Helio A22 chipset carrying a non-removable 5000mAh battery to match.

Where to Buy Infinix Hot 8: Konga.

The Umidigi A7 Pro design is a clear cut out of its predecessor – Umidigi A5 Pro with a 6.3 inch IPS LCD drop notch display which houses the front-facing camera. The display has a screen resolution of 2340 x 1080.

Where to Buy Umidigi A7 Pro

Where to Buy Tecno Spark 4

Unlike the Tecno Spark 4, the Tecno Spark 5 comes with a 6.6 Inch Dot-in Display with a high resolution and 90.2% perfect screen ratio. As for the camera, AI Camera 3.0 on 13MP main camera with F/1.8 big aperture enables highly clear and more natural photos whether it is daytime or night. It also comes with a big powerful 5000mAh battery and smart power-saving system that satisfies your needs of staying juiced up for daily work and life.

Where to buy Tecno Spark 5

The Korean phone maker, Samsung released Galaxy A10s with a 6.2-inch screen, running on Android 9.0 Pie with 2GB RAM and 32GB internal storage. At the back is a 13MP+2MP camera + 8MP front-facing camera other features include 4G LTE, Fingerprint scanner and a dual sim slot. Its no doubt a good phone under the price of 60k naira.

Where to Buy Samsung A10s

Where to Buy Oukitel C17 Pro

With that concludes the best phones under 60000 Naira in Nigeria with good specs and features for every kind of phone user.

Note: The Prices listed on this post may vary across stores but should be within the price range of 40000 Naira to 60000 Naira.

You can get this phones listed here for even a lower price at local stores in your area.

Before you jump off this page, kindly tell us the phone you prefer and why you have chosen it over the others in the comments section as this will give more insight to other visitors and If you know other budget phone within the price range of 40000 Naira to 60000 Naira you can as well leave it in the comment section.

And please don’t also forget to share this post with that friend of yours that has been looking for budget smartphones within the price range of 40,000 to 60,000 Naira in Nigeria.

What is YouTube Premium and how does it work