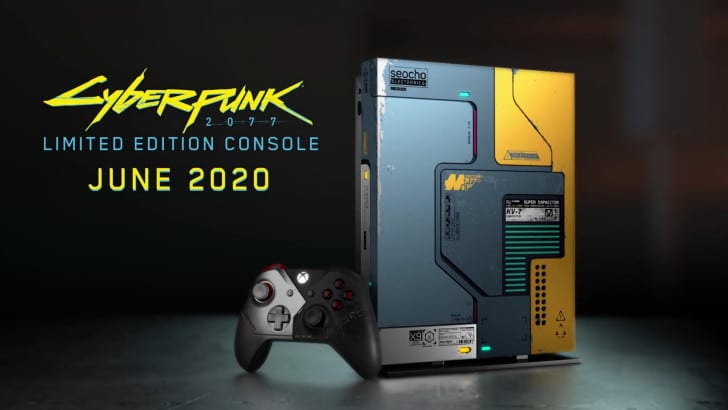 According to Wccftech reports, some netizens found undisclosed Xbox videos and exposed the limited edition of the “Cyberpunk 2077” Microsoft Xbox One X package in advance. The video shows that the package will be released in June.

Yesterday, it was reported that a warm-up countdown video appeared on the official website of Microsoft Xbox, and the information pointed to the limited edition Xbox One of “Cyberpunk 2077” to be announced on April 20, and the limited edition controller also appeared briefly on the Amazon store page in Canada.

Today, some netizens found an unpublished video of the official Xbox account on YouTube. The video content is the appearance of the limited edition Microsoft Xbox One X set of “Cyberpunk 2077”. The theme is “Glow-in-the-Dark”. The video not only confirmed the existence of the handle, but also showed more appearance details of the host and the handle. At the end of the video, the release time of the suit was revealed-in June, according to the CDPR plan, the limited edition will be released about three months in advance.

The official YouTube account of Xbox has also changed the avatar of the corresponding theme. After a little processing, it can be seen that there is a background similar to the style in the official website trailer video, as well as “WORK IN PROGRESS-DOES NOT REPRESENT THE FINAL LOOK OF THE The word “GAME” means that the work is still in progress and does not represent the final appearance of the game. It can be understood as “for reference only, please refer to the actual product”.