Cryptocurrency shiba inu (SHIB), created to compete with dogeocin (DOGE), will be listed on Coinbase Pro 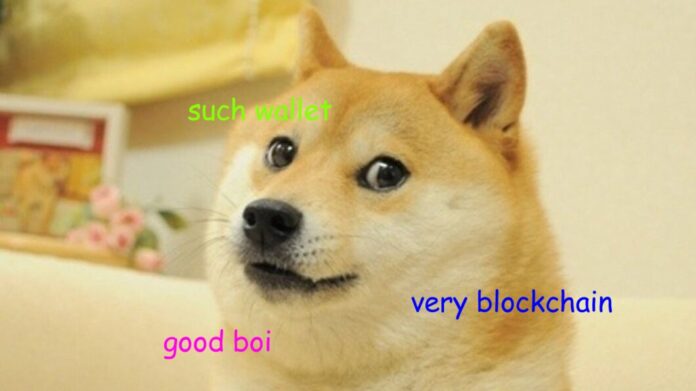 The price of shiba inu (SHIB), created to compete with the cryptocurrency meme dogecoin (DOGE), soared 30% on Tuesday (15) after Coinbase, the largest exchange of digital assets in the United States, announced that the currency would begin trading in its catalog aimed at professional investors.

Coinbase Pro had announced in early June the arrival of dogecoin, which also valued the cryptocurrency at more than 30% at the time. Now, following with its strategy of implementing the most popular “shitcoins” (digital coins usually created as jokes), shiba inu will also enter your professional listing this week.

Many see SHIB as an alternative to dogecoin as it demonstrates very similar behavior. Even his name is an allusion to the meme of a shiba inu dog that originated the DOGE. Thus, this new digital currency has been gaining popularity on the internet, which has made investors charge for the inclusion of the asset in Coinbase.

Given that this type of cryptocurrency is even more volatile and speculative, the U.S. exchange is restricting its offer only to Coinbase Pro, its service dedicated to professional investors. Thus, the broker seeks to reduce the risks that involve trading the shiba inu.

Shiba inu is only 10 months old

According to CoinMarketCap data,SHIB went from the average price of $0.000007 to more than $0.00009 in just 24 hours, an appreciation of approximately 30%. However, this current figure is still a small fragment of the record of $0.000034 recorded in mid-May.

The cryptocurrency is still extremely young. Shiba inu was created in August 2020, leaving it only 10 months old. Therefore, its very low price is not so different from dogecoin in its first year.

Trading at Coinbase Pro will officially begin on Thursday morning (17), if liquidity conditions have been met. Together with SHIB, chiliz cryptocurrencies (CHZ) and keep network (KEEP) will also include. In addition to dogecoin, the company recently added a number of altcoins to its professional catalog, including polkadot (DOT), gitcoin (GTC), enzyme (MLN), amp (AMP) and internet computer (ICP).