HomeSocial MediaFacebook Dating: Everything you need to know
FeaturedSocial Media

A compilation of questions and answers about Dating, Facebook's Tinder; how to create a profile 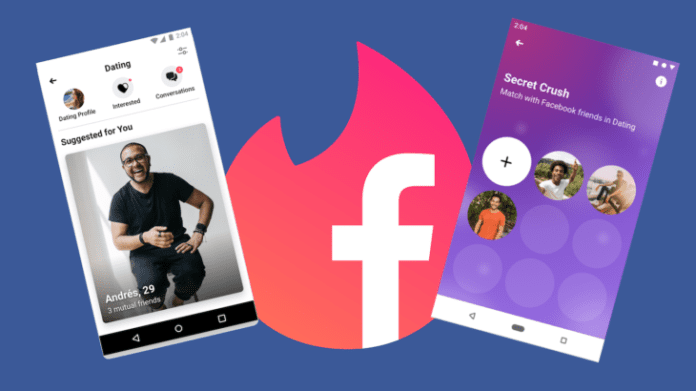 The Facebook Dating launched in United States on September 5. Joining the ranks of Tinder, Bumble and Hinge. Facebook Dating profile doesn’t let you match with your Facebook Friends, unless you add them to your “secret crush” list. However, the so-called “Facebook Tinder” has existed since 2018 and was announced as “Flirt” at the previous year’s developer event in the United States.

The novelty makes sense, people already use Facebook to meet people and nothing more obvious than the social network creating their own version of Tinder. To use, you need to create what the platform called a “dating profile”, which is separate.

Possible matches are recommended based on dating preferences, similar interests and even mutual friends. In other words, it takes the match out of the “total stranger” scenario and tries to get closer by tastes, groups, friends, places and events.

It is natural to have doubts that how it will work, mainly because it is within the Facebook package. I gathered all the information from the official announcement and the tests I did.

Does it work only on mobile phones?

Yes. It only works in the app. Facebook Dating doesn’t have a web version yet.

Do you need to create another profile?

Yes. You need to create a “dating profile”. If you don’t create, you can’t use Dating features. According to Facebook, what people do within Dating will not be shown to their Facebook friends, they are two universes. 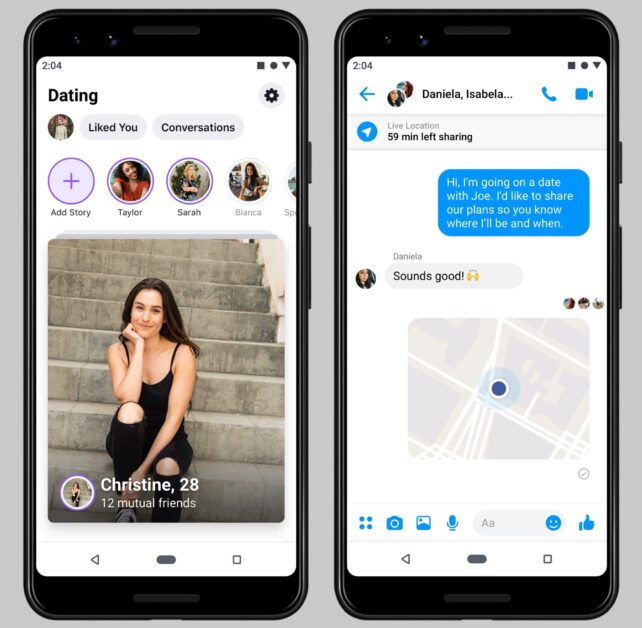 How do I create the Dating profile?

To create a profile on Dating, download the latest version of the Facebook app on iOS or Android. Then, go to the “More” menu and look for the heart symbol. From there, create your profile by adding photos and your relationship preferences. 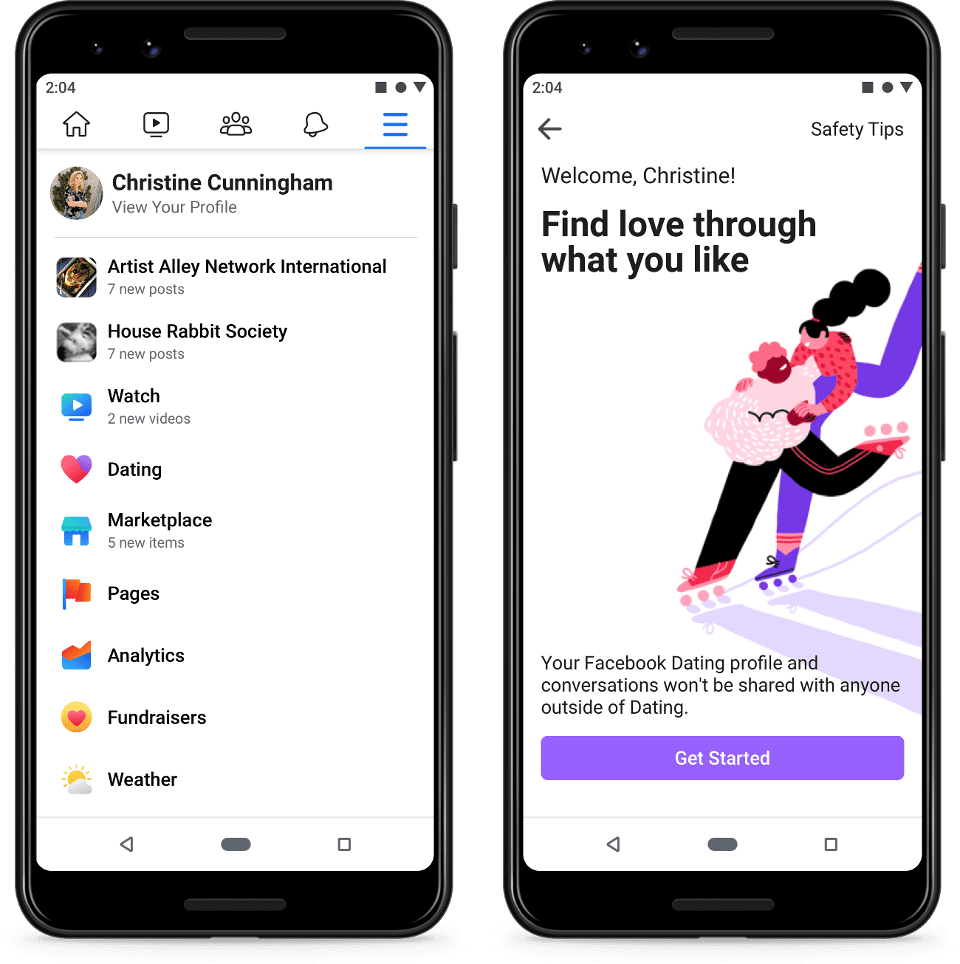 1. Open the Facebook application;
2. Tap to open the sandwich menu;
3. Find the “Dating” option in the menu;
4. If you don’t find it, tap on “See more” and you will be there; Haven’t found it yet? Update the Facebook app, it’s coming …
5. That done, follow the steps: choose a photo, your gender and sexual option.

What data from my profile does Facebook use in Dating?

That question is a good one.

In Facebook Dating it is mandatory to use your first name registered on Facebook, as well as your age. You can only change this data if you change it in your own social network profile.

Yes. Facebook suggests using the same photo as your profile as the main photo in Dating, but you can choose another one if you wish (that are already on Facebook or mobile). In the edition, you can include other photos only for those who visit your dating profile.

According to Facebook, Dating is a resource only for people over 18. Therefore, the social network considers the age of your Facebook profile for Flirting.

What do I do on Dating appears on my Facebook?

Facebook says that all of your Dating activity is not shared on your Facebook profile, News Feed or with anyone else on the platform.

On Facebook Dating, the user sees suggestions from people based on their preferences, interests and activities on Facebook, which helps you connect with people who may have things in common (such as political outlook, musical taste and places).

Their Facebook Dating and Facebook profiles are associated (to indicate people based on interests). However, only the profiles suggested for you and the people to whom you will appear as a suggestion will be able to see your Dating profile. That is, your Facebook friends (common, normal, contacts) will not see you on Facebook Dating.

However, you can edit your privacy settings so that you can see only people with whom you have no mutual friends. Preventing someone who knows someone you know from seeing your profile and telling someone, for example. And, if you feel uncomfortable, you can report or block someone specific.

Does Facebook Dating show my profile to my friends?

Facebook Dating has a feature called “secret crush”, where people can explore potential romantic relationships within their own circle of friends. You can select up to nine of your friends on Facebook. If one of those nine chosen for the “secret crush” list adds you to his list of secret crushes, a match will happen. So, you can give your friends a treat. 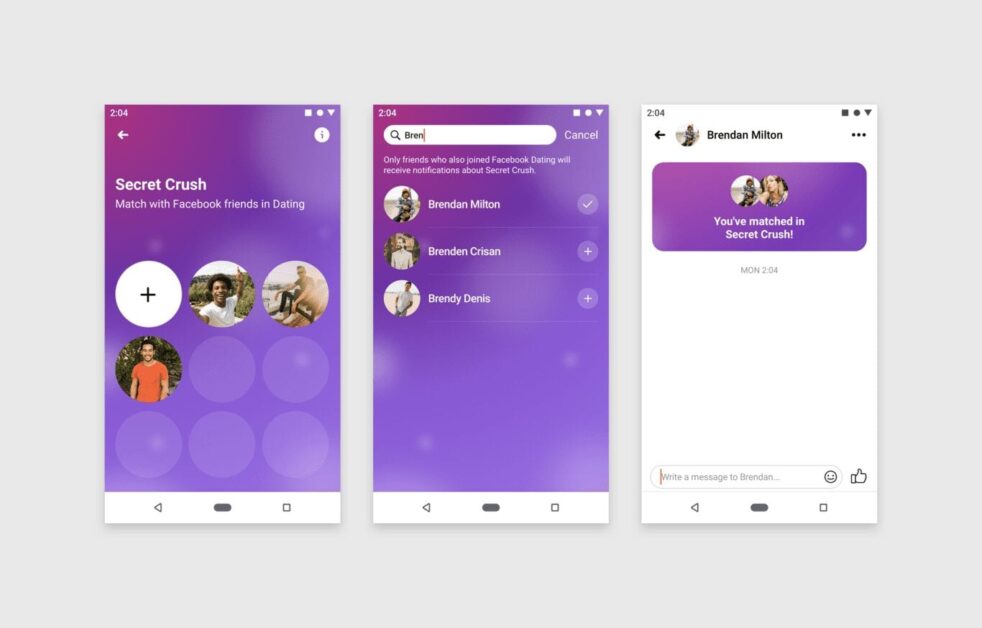 The best thing is, if the person you marked as a secret crush isn’t on Dating, don’t create a list of Secret Crushes and / or don’t put yourself on the list – don’t worry! If the interest is not reciprocal, nobody will know about your crush.

Married / dating / curled up can you use Dating?

Yes, ladies and gentlemen. When Zuckerberg announced Dating, he focused on the more than 200 million people who have their relationship status as singles on the social network, but anyone, including married people, dating or in other types of relationships can create a Facebook Dating profile.

Since you are required to use your own name, it can be a little difficult to jump around if you don’t have an open relationship and you are both “OK” with it. What makes me believe that it will rain fake profiles or “number 2”, “alternative”, “dix”, or any other name, to be able to use it without being unmasked (a).

Since the announcement at F8 2019, Facebook Dating has become available in 19 countries. The social network says that the launch will be gradual in other countries for iOS (iPhone) and Android.

How do I start a conversation?

When you find someone you want to start a conversation with, just tap “I’m interested” – just like in events. You can send a single message. Take care of it. After the person responds, then you can continue interacting with them only via text messages. Otherwise, it’s goodbye.

This is quite different from Tinder, in which both need to match. You can take the first step with the message. If the person likes it, they can continue the conversation.

How to attract matches in events and groups?

There is a security tool for real-time location sharing, which is very useful when you meet someone you don’t know in person. Dating users will be able to choose to share their plans and location in real time with a friend or family member on Facebook through Dating, via Messenger.

How to tell if you’ve been blocked on Facebook