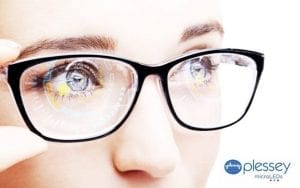 Plessey is one of the few AR screen manufacturers. The report cited sources familiar with the matter as saying that Apple had recently considered acquiring Plessey. But now, Facebook has reached an agreement with Plessey .

Obviously, after winning all of Plessey’s AR screens, Facebook may win some advantages in the competition with Apple. There have been rumors early on that Facebook is developing AR glasses. Last year, the company finally confirmed the news.

In recent years, Apple has also expressed a strong interest in AR and has taken corresponding actions. For example, frameworks such as ARKit and RealityKit were released, creative tools such as Reality Composer and Reality Converter were launched, and the new iPad Pro was equipped with hardware such as a LiDAR scanner.

It is reported that Plessey will license its technology to Facebook; at the same time, in the next few years, Plessey’s UK-based factory will be committed to supplying Facebook with products. In this regard, the two companies have given confirmation.

Here is the statement made by Plessey:
“We have decided to work with Facebook to help achieve their vision of the next computing platform centred around people. Under a new commercial agreement, our LED manufacturing operations will be dedicated to helping Facebook prototype and develop new technologies for potential use in the AR/VR space. With consumer devices like Oculus Quest and a continued legacy of breakthrough research, Facebook is one of the companies best-positioned to make consumer-ready AR glasses a reality.”

They continue saying “We share that vision for a future where technology and the barriers between people disappear. Over the last two years, Plessey has been hard at work making the pivot from our legacy semiconductor business into micro LED’s for AR displays, garnering numerous accolades and industry recognition. In working with Facebook, we are charting an exciting path forward for Plessey and as we move into the next phase, we want to extend a sincere thank you to all the partners and customers who’ve been such a key part of our journey to date.”

April 20, 2020 0
Apps to identify plants by photos can be very useful if you are one of those who walk on the street picking...

How to Hide WhatsApp Online Status and Status view