Android Go is Google ’s optimized version of the entry-level phone. It enjoys the same security updates as Android and can run on low-end devices.

In more than two years, Google has launched a number of lite apps for Android Go, including YouTube, Google Photos, Google Assistant, and more. Not long ago, Google announced that Android Go has exceeded 100 million monthly live devices.

Now that all brands of mobile phones are increasing the camera limit, Google wants to make those low-end devices have a better camera experience, so they announced the launch of a new streamlined version of Camera Go, opening up some of Google’s camera technology to More entry equipment.

Camera Go will be deeply integrated in Android Go devices. The first model to be equipped with it is Nokia 1.3. It has only 1GB of memory, the processor is Qualcomm QM215, and it uses a 5-megapixel front camera and an 8-megapixel rear camera. 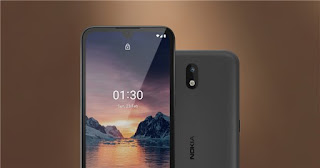 However, on such a machine, Camera Go can let it use portrait mode to achieve the background blur effect, which is rare in an entry-level device that costs 95 euros.

In addition to portrait mode, Camera Go can also switch between camera, video, translation and other modes, the interface is similar to Google Camera.

It also supports space cleaning, and the remaining number of photos will be displayed at the top of the interface, next to the flash and settings buttons.

Nokia 1.3 is also equipped with Google Go, you can use Google Lens. Nokia has also added a dedicated Google Assistant button to it to quickly call out the virtual assistant.

Camera Go will be launched with Nokia 1.3 in April, and it will support more Android Go devices in the future. We will bring you a more detailed experience when we open download. 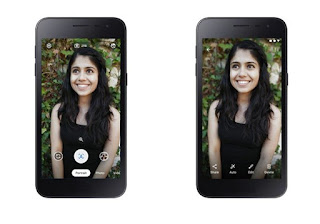 Android Go is part of Google ’s “Next Billion Users” program. From devices to web services and mobile apps, Google offers a complete solution for users in less developed regions. For “nail nails” who are still using older phones, Android Go’s system and applications are also a good solution.

January 15, 2020 0
ABOUT AudiomackMixtapes music and more! Stream and download the best new songs albums mixtapes and playlists for free and play them offline data-free! Browse...

The best apps to track your favorite series on Android and...