The most anticipated gangster game series GTA has just released an official trailer for the latest GTA VI gameplay. 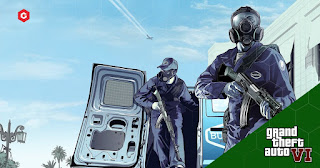 According to Express.co.uk, Rockstar Games may be delaying the release of the game after a recent update. In the GTA VI release date news, it is said to be a big blow for fans of the popular gangster series looking forward to the next Grand Theft Auto game.
It’s been six years since the release of the previous series; GTA V and this has been the longest time the fans will have to wait for a mainline entry in the series.
Rumor has it that the GTA VI will be released this year 2020 alongside with the release of PS5 as the game will only be played on the next generation console.
GTA VI has also said to be timed back to the 80’s just like the previous series themed Vice City once again.
However, as fans are eager to the release of the game, the official trailer has been released on YouTube and due to a recent update on the next Grand Theft Auto, GTA VI will be delayed and what we’re mostly sure of is that Rockstar wouldn’t be disappointing us, “they never have and they sure as hell ain’t starting now“. (In Trevor’s voice).

No official word has been released, but leaks have suggested its impending announcement as we continue to speculate what GTA 6 features, missions and cars we may see.

When will GTA VI be released?

According to Express.co.uk, Rockstar Games said they are looking for people to help them “create next-generation worlds”.

This job listing could hint to what we think it does, we could see GTA 6 released as early as November 2020 – but we doubt that’ll happen.