How to make TikTok Video

In this guide, you’ll learn how to use TikTok [formerly Musical.ly] to make good videos. 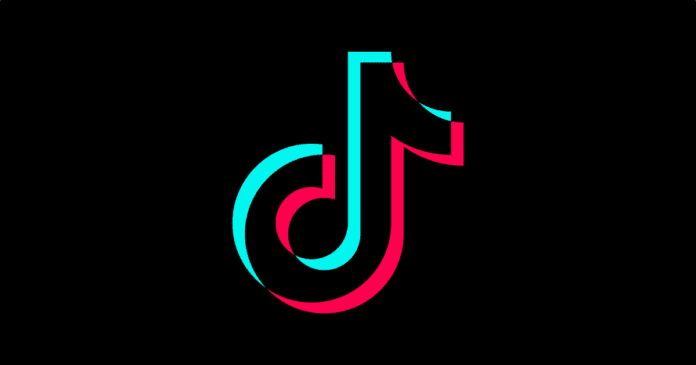 Almost everyone goes through different struggles when making a TikTok video for the first time after creating an account. Some of the issues we all face are making live video, duetting, making videos without holding any buttons, how to increase the recording time and even how to make money with it.

So if you’re having trouble making your first TikTok video — don’t worry.

You just arrived at the right place.

No matter the kind of issue you’re having making your first TikTok video, this guide will help you teach you all you need to make good video and learn some basic and advanced video making techniques like you already see on social media.

Our aim is not just to only give you a guide that will take out all of the guess work of how good TikTok videos are made but to make you a pro in handling anything relating to it. From What is TikTok to how to TikTok and other related posts.

Have fun as you read through!

We will start by telling you about TikTok and why Musical.ly changed it’s name to TikTok.

What is TikTok (Musical.ly)?

TikTok was consecrated in 2019 as the fourth largest social network in the world. It surpassed Facebook in number of downloads and reached the mark of 1.5 billion monthly users, according to a post by Techcrunch. Although on a meteoric rise, many people still wonder: what is TikTok and why is it so popular?

TikTok is a tool for sharing short videos, from 15 to 60 seconds, but it offers ample resources to edit them. It is possible to include filters, subtitles, soundtrack, gifs, make cuts and use creativity.

TikTok has grown thanks to its appeal for viralization. Users make challenges, reproduce choreographies, imitate famous people, make satires that instigate the user to want to participate in the game – which attracts young audiences a lot.

What is the origin of TikTok?

TikTok appeared in 2014, still under the name Musical.ly. Developed by a Chinese company, it was a music-based social network application for people to post videos dubbing songs and share the result on video with their friends.

In November 2017, the company was bought by fellow countryman ByteDance, who at the time had a similar app, called Douyin that was launched in 2016. Then, Musical.ly became TikTok, to be spread internationally, while Douyin continued to circulate among the Chinese.

In August 2018, TikTok and Musical.ly had their functions merged into a single application, which kept the name of the first. The focus of the application remains the producer of content focused on music, allowing the creation of clips from 15 to 60 seconds with a large choice of songs in its catalog.

In 2019, the TikTok app was downloaded 750 million times. Almost a third of the population in India – the main market for the app – and the US uses TikTok.

According to the consulting agency Sensor Tower, about a billion videos are watched every 24 hours. This made the company’s annual revenue grow by an incredible 521%.

The user can choose one of the several songs available on TikTok, take a video capture and edit it with the available filters, use the mixing tools to create an original composition and share the result with friends.

The post always displays the name of the artist and song used in the video, both for copyright reasons and to allow other users to also choose the same song when making their own video.

Since Musical.ly and TikTok are very similar, users of the former have not lost much when migrating to the latter, whose popularity has exploded in recent months; today TkiTok is one of the most downloaded iPhone and Android app to make video in the world, and a favorite among influencers and also the younger audience.

The first step is to download the application, which is available for Android and iOS (iPhone). Even before creating an account, you can view public videos on the “Popular” tab on the website or on the app’s home screen. However, you certainly want to see how it all works so you too can make your own video. Learn how to create a TikTok account.

With the Telephone or E-mail number

Great! So now that you have created an account, let’s move on to how you can create your first TikTok video.

How to use TikTok (formerly Musical.ly) to make video

When you open TikTok for the first time, you will fall on the home screen, with the most recent video creations from other users and who are making success in the app. The first step is to create an account on the social network, using the profile icon in the bottom right corner of the screen. You can create an account or use Instagram, Google and YouTube profiles.

Once registered, you are free to create your own film.

Touch “+” to open the authoring tool.

Within the creation mode, you can capture videos through the smart phone’s cameras and defining the duration of the same in the options below the trigger, between 15 and 60 seconds. The “MV” mode allows the creation of animated presentations with music, where you can upload up to six images. If you prefer, you can also upload a video from another source and edit it within the app, with musical background, effects and filters.

At the top of the screen, tap “Add a sound” to open the TikTok music library. By default, you can use ambient sounds, but the app recommends using music from your library, for copyright reasons. The name of the song and the author are displayed in the posts, as well as a link to the track.

Within the TikTok library, you will find songs separated by categories to make video, as well as a selection of the songs most used by other users. If you prefer, you can use the search tool at the top and search for a specific song or artist that you like. Regardless, all hosted music lasts for 30 seconds.

You can just select the song you want to use in your video or, if you prefer, mark your favorites. These will be displayed in the “My Favorites” tab. You can also use the mixing tools and edit the song as you see fit. Finally, it is possible to edit effects, stickers, animated GIFs and emojis after creating the video.

When you’re finished editing, tap “Next” and you’ll be taken to the post screen, where you can add text and hashtags to your already made video, much like Instagram. You can tag friends and set video preferences, such as limiting download options, posting publicly, just to friends, or privately (just for you).

All that done, just tap “Publish”.

That’s all for how to make a Tik Tok video that gets lots of likes and comments. If you find this post helpful, please do share it with friends and family members.