How to play chess online 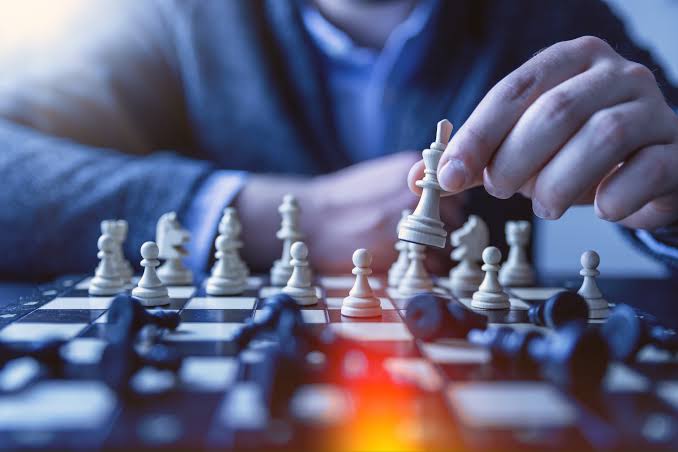 With the success of the series The Queen’s Gambit, the magic behind chess was revived. The game has controversial origin, but the next version of the current one came up in the fifteenth century. See below, how to play online chess with low or no investment to take your first steps in the secular game.

How to play chess online

There are many games and apps for you to practice chess on smartphone, consoles, PC and browser. See in the list some of the best on each platform.

There are many sites to play online, some simpler and others with numerous features, if you want to start studying the game, watch lessons and practice, we have some highlights.

On this site, the player can register with his email for free and participate in several online matches against other players. Registration can be done via Google or Facebook, which allows you to call your friends for private matches and tournaments.

However Chess.com history of their matches is offered, so the player can see where he has missed and improve his performance. Other functions are present such as ranking by starting style, chess problem solutions. There is a training program with limited classes and exercises, all are available if you consider paying the Premium plan, with prices from $5 per month or $29 per year.

It is the most complete site for those looking for a good platform with lots of opponents, learn how to play and face increasing bigger challenges.

It is a site focused for online chess matches, any player can participate anonymously, but there is the possibility of registration to participate in the ranking.

The visuals are simpler, the site offers learning lessons and problem solving, all for free, that’s the big advantage. A great place to start practicing chess.

If you want to practice anywhere, without the need for boards or computers, some apps available for Android and iOS are very practical so you don’t get without that hobby game.

The game is simple, with an interesting look, well colored in wooden tone. It is an excellent app to play random matches against the computer wherever you are, and now has the online mode, where you can play with opponents from all over the world or invite a friend to the duel.

The challenge mode is good to learn, where the player goes up a range of difficulties with chess problems, you can understand a bit of the game.

For iOS I have not found any great game with online function, but this chess app is great for beginners, it gives you many game lessons, openings, closures, all the theoretical knowledge to play.

There is a duel mode to play against your friends, even has online game modes, but its highlight is in the “engine” of the electronic opponent, who came in 4th place in the world computer chess championship.

Some more modern games are available for PC (via Steam) or consoles, but are not free. Titles do not usually have high values and have a reduced amount of online players. But if you want virtual boards with good graphics to play with a friend, are a good option.

The best I’ve found to date, in the matter of graphics are Pure Chess (PC and Xbox) and Chess Ultra (PC). Both are in the range of $5, and have several DLCs to acquire new thematic pieces, visually are excellent games, and electronic opponents are challenging.

The first thing to learn in chess is the movements of each piece.

It is the final move of the game that makes the opponent lose. The move is as follows: the King must be threatened directly by a play, and not be able to make escape movement, with all the houses that can act being blocked or threatened by other pieces.

It is important to be aware of this, because if the King has no home to move and is not being threatened directly, a “check”, the game will end on time with the draw. Many players, who made mistakes at the beginning and were at a disadvantage, seek this result. So in chess there is no point “eating” pieces, you have to finish the game.

What is the Queen’s Gamlot

The Queen’s Gamlot is a strategic chess move, it’s in the opening group. The move consists of the white player offering a pawn at the beginning of the game to the opponent, delaying its opening and already allowing free movement of the queen to attack.

If the black player captures the pawn offered, he accepted the Queen’s Gammpois, the most common is to reject because it gives too much disadvantage at the beginning of the game, it is an extremely aggressive move of white, which needs courage and daring. All to do with the character Beth Harmon, daring enough to face a “universe” dominated by men.

Enjoy the excitement of Netflix’s The Queen’s Gambit, and start practicing one of the top and most famous board games in history. With tips on how to play chess online, you don’t have to worry about buying boards, pieces, watches, technology has democratized the game. Good challenges!