How to play Ghost of Tsushima; Beginner’s Guide 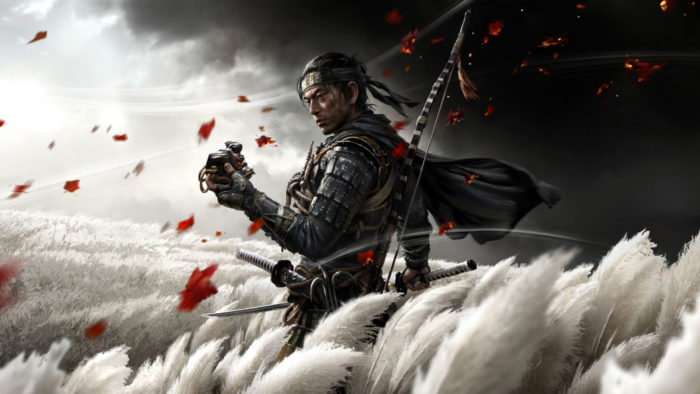 Ghost of Tsushima was one of the great releases of the year 2020 in games, exclusive for PS4 and PS5. The game tells the journey of Jin Sakai, a young samurai who abandons everything he believes in to become a ruthless warrior in order to protect his people and drive the invaders out of their home. Check out the following how to play Ghost of Tsushima.

Ghost of Tsushima is an open world action game developed by Sucker Punch, one of several sony interactive entertainment internal studios. The plot is set in feudal Japan, and brings an original story mixed with real events, in this case, the first Mongol invasion of the country in 1274.

The protagonist is Jin Sakai, one of several samurai defeated by the Mongol invaders (and one of the few who survived), thanks to the etiquette of Japanese warriors who are not suitable for facing opponents without appreciation for formalities, and who pillage and destroy everything in their path.

What is the PlayStation 5 Tempest 3D AudioTech?

Jin is forced to abandon the samurai’s path and adopts more stealthy, sneaky and even dishonored combat methods. Thus, he becomes the “Phantom”, a warrior who will do whatever it takes to save his people, liberate his island and drive out the Mongols.

2. Where to play Ghost of Tsushima?

Ghost of Tsushima was released on July 17, 2020 as a PlayStation exclusive title, available for PS4 as one of two end-of-generation games, the other being The Last of Us Part II. It can also be played on the PS5, through the backward compatibility feature of the new console, with improved graphics features.

Because it is a title developed by an internal Sony studio, Ghost of Tsushima is not expected to be released to other platforms, at least not in the near future, but may appear at least on Windows, as happened with Horizon: Zero Dawn.

In Ghost of Tsushima,you’ll have a number of techniques of two different styles available, but you’ll be able to use it in any way you see best. Samurai skills, for example, are aimed at frontal combat and “Confrontation”, where you can challenge a Mongol to a duel.

As you advance in history and fulfill side missions, challenges, and other objectives, you’ll earn points that can be spent on skills. Samurai strikes involve varying strikes to connect combos, special dodges, powerful counterattacks, and the ability to eliminate up to 3 enemies in a Showdown.

Jin has 4 postures, each efficient for a type of enemy, and it’s important to overpower them to know when to switch between them when facing groups of varied enemies.

Since the Mongols do not follow labels and fight dirty, Jin possesses a collection of dark techniques, the Ghost’s abilities, which are very similar to the ninja’s methods. They include bells and firecrackers to distract enemies, smoke bombs to cover their tracks, cling bombs, kunais to break defenses and especially the technique of murder.

This movement is used when Jin approaches an enemy in a sneaky way (stealth), either from behind, by the tall grass or above, using roofs. With it, it is possible to eliminate from one to up to 3 Mongols without being noticed.

Ghost’s abilities are unlocked as the story unfolds, especially the powerful Ghost Posture (spoiler), which allows you to dispatch enemies quickly by shocking them.

There is much to explore in Ghost of Tsushima. In addition to story missions, there are secondary objectives such as visiting the hidden temples, finding the small temples of foxes, saving people in trouble on the map, granting them random missions and tips, finding secret locations such as hot spring fountains, training points, skins for swords, and so on.

There are also the missions of his allies, specific challenges of legendary techniques and special costumes, places where Jin can practice his haikus (poetry) and receive bandanas, and etc. In a few ways, explore everything.

Ghost of Tsushima’s huge map marks points of interest such as temples, where you can upgrade swords and bows, create armor and purchase supplies, hot spring fountains, dominated villages and forts, temples, refugee camps, and so on.

Once a site is discovered, it is possible to go there with a quick trip, which greatly saves travel time. And it is important to release villages and forts, as they reveal large parts of the map.

Introduced for free, Ghost of Tsushima: Legends is the cooperative multiplayer mode of the game, where it is possible to fulfill missions by playing online alongside other people. The story is original and separate from Jin’s journey, with different characters.

The player has at his disposal 4 warrior classes and 2 game modes, with cooperative missions between pairs or a horde mode between 4 players, facing waves of enemies.

George is a technology content writer with few years of experience. Specialized in mobile devices, personal computers and consumer technology, as well as software and applications. He explains all technological concepts so that users with less knowledge can understand it. If not writing, you may find him engrossed playing action games on his smartphone. Just so you know, he loves Xiaomi products alot. You may contact him via his email - [email protected]il.com

Infinix Note 8i Specs and Price in Nigeria