How to play Hades; Beginner’s Guide

See tips on how to play Hades, one of the best releases of 2020, and help Zagreu escape the depths of hell 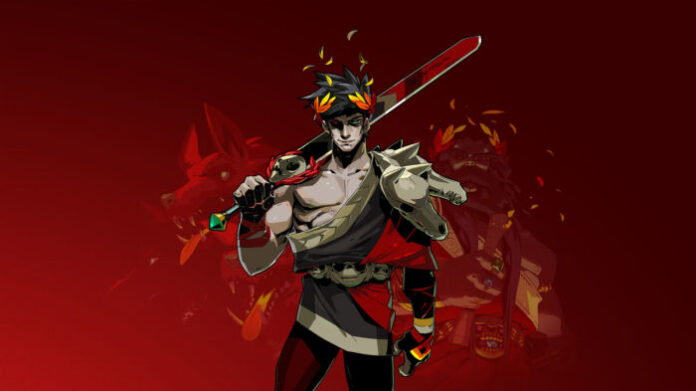 Hades is a roguelike style game released in 2020 by Supergiant Games, the same creators of Bastion and Transistor. With versions for Windows, macOS and Nintendo Switch, the game was considered one of the main releases of the year. Check out some tips on how to play Hades and help Zagreu, son of the king of the underworld himself, to (try) to escape the depths of hell.

How to play Hades

Hades is a roguelike action and RPG style game. This means that, especially in the first hours of the game, you will die a lot, but you will also better understand the mechanics when improving your character.

The stages are always the same, but the enemies Zagreu faces and the powers he receives from his Olympus relatives are random. It is up to the player to assemble the strategy that best fits with their skills and weapons to get as far as possible.

Although you die frequently, with each zagreu restart you can use the treasures earned to improve attributes or unlock new weapons, as well as hand out gifts to other characters to receive some perks.

2. Stay calm and, if you prefer, turn on God Mode

This tip is from experience: if you also don’t have the habit of playing roguelikes, don’t despair. In Hades, death is part of the gameplay, and even though it’s frustrating at times, it shouldn’t take you out of focus let alone disrupt the game experience.

Especially in the early hours of gameplay, focus on getting used to the gameplay, understanding combat mechanics, enemy patterns, and experimenting with weapon combinations and abilities. In addition, each attempt is a new opportunity to talk to the characters and learn more about the story.

If the situation is still complicated, you can activate God Mode in the settings. It reduces the damage taken by enemies by 20%, and with each resurrection of Zagreu, increases this amount by 2%, with maximum resistance of 80%.

After finishing the fight and before leaving for the next room, you can choose which prize you can receive in the next challenge. At first, opt for the ctonic keys.

These keys serve to unlock new weapons and abilities for Zagreu in the House of Hades. You will hardly finish the game on the first or second attempt, so it is important to focus on getting as many advantages as possible before trying to defeat Hades.

4. Gift everyone at least once

During your attempts to escape from hell, you can collect, in addition to Gold, another valuable “coin”: Nectar. It also appears as a reward when completing a room, and serves to be given to the residents (or regulars) of the House of Hades, such as Achilles, Thanatos, Sisyphus, in addition to the gods themselves, such as Zeus and Athena.

By presenting these characters for the first time, you receive a Souvenir, which grants some kind of bonus to Zagreu, such as more life, gold, etc. Memories also have levels, and the more Nectar you give a character, the more powerful the bonus will be, as well as unlocking new dialogues for the story. By the way, talk to everyone, always!

5. Choose the weapon with purple aura and plan your attempts

You don’t need to try to finish the game on all attempts. Sometimes you can just collect a certain type of coin, such as Darkness or Gold, to unlock something useful. In others, this change can come in the middle of the race, realizing that you will inevitably be killed.

Either way, don’t be afraid to plan a simpler race or change your goal while trying. In such cases, choosing the weapon with the purple aura can be even more useful. It guarantees Darkness collectbonus by defeating enemies, which can be invested in important improvements in the Night Mirror.

6. Buy useful updates with the Contractor

Like every large family home, Hades’ is also always under renovation. Zagreu can invest the jewels and diamonds collected by the underworld with the Contractor. Most updates are cosmetic, but others are very useful.

Be sure to purchase the “Prophesied List of Little Prophecies,” a list of minor goals that, upon being completed, provide very useful rewards. Another recommended upgrade is the “Collection of Souvenirs, Regional” that allows you to exchange memories between each region of the Underworld.

Hades is a game that rewards the player for skill and persistence. The graphics are beautiful, the soundtrack is excellent, and is also fully translated into the Portuguese.

Even if you don’t like roguelike very much, it’s worth a try, as the game adds novelties to the genre that can please both veterans and newtoes. Good game!