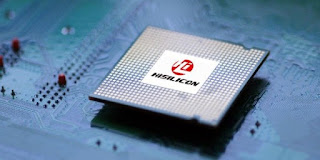 The Kirin 810 processor is a mid- to high-end smartphone mobile platform released by Huawei last year.

With its high performance and low power consumption features, users call it the first-generation God U. Now, netizens are also looking forward to the upcoming Kirin 820 processor.

Today, a digital blogger revealed the Geekbench running score of the Kirin 820 chip.

From the screenshots of this blogger’s running scores, the Geekbench4 single-core / multi-core running points of the Kirin 820 chip surpassed the Kirin 980 chip. 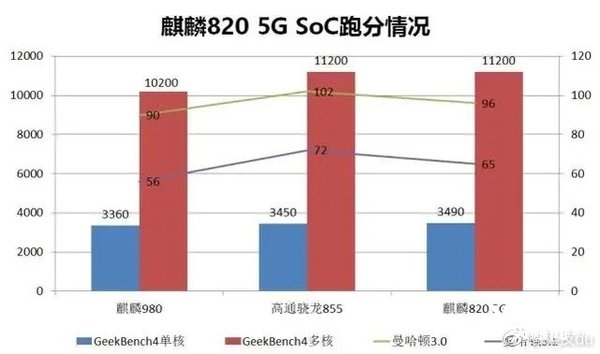 It is worth noting that Kirin single-core score of 820 is slightly higher than that of Snapdragon 855, while the multi-core score is flat.

READ:  Infinix Hot 9 announced with Mediatek A25 and 5000mAh battery

According to the author’s understanding, Kirin 820 5G uses 7nm process and A76 + G77 architecture, and ISP and NPU have also been fully upgraded.

In addition, thanks to the architecture upgrade, Kirin 820’s GPU performance has been greatly improved compared to the previous generation.

Without surprise, Kirin 820 5G will become another 5G mid-range God U.

Not long ago, Honor mobile phone executives have officially announced that the Honor 30S will be equipped with the Kirin 820 chip on March 30. 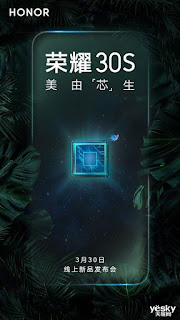 Honor Xiong Junmin said that the new Honor 30S is the first pioneering work of the Honor 30 series.

At the same time, he also hinted that the Kirin 820 chip will have strong performance.

In addition, the Honor 30S is also the first mobile phone equipped with the Kirin 820 chip, with various dimensions. Leading 5G capabilities.

Mobile phones Manufacturers are testing the Snapdragon 875 + 100W fast charge, which will be commercialized next year

How to connect AirPods to Win 10 PC

How to use Canva to edit photos

How to Track your partner or child anywhere

Sony changed its name for the first time in more than...