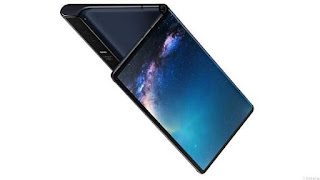 Huawei Mate X, the foldable phone by the Chinese company, would go on sale as early as next month. Huawei CEO Richard Yu at IFA 2019 earlier this month suggested that the Mate X would be available for purchase either in October or November.

However, Huawei’s customer service reportedly in a response to a query on Weibo has now highlighted that the smartphone will debut as early as October. The Mate X takes on the Samsung Galaxy Fold with its outward folding design.

The Shenzhen-headquartered company unveiled the Mate X with a HiSilicon Kirin 980 SoC.

The company’s customer service account on Weibo while responding to a query revealed that the Huawei Mate X will go on sale in China sometime in October, as spotted by news portal Sina.com. The company, however, is yet to formally announce the availability schedule of the foldable phone.

Moreover, the successor to the Mate X is also reportedly in the works, and it may launch as soon as 2020.

Download GTA 5 Mod Apk For Android : It is one of the best games and very famous all over the world. The original...
Read more

LinkedIn is the main social platform for professional relationships you already know. However, what you may not have used yet is the LinkedIn Stories...
Read more
Load more