Is QLED TV any good? Should you buy it 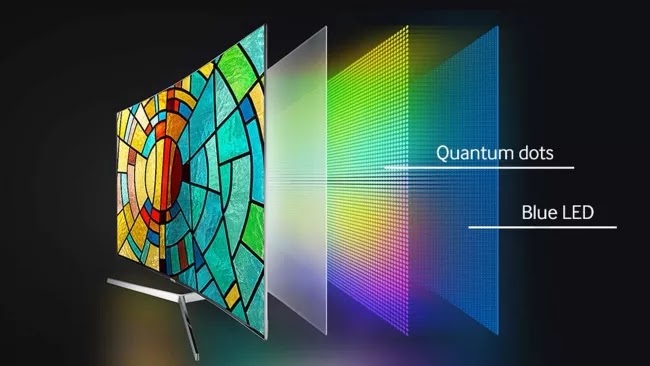 Gone are the days when TV was just used to watch DTH channels using dish or cable connection, Now are the days of OTT content – Netflix, Prime, Youtube, etc. Technology is fast-changing and so is the market.

We tend to change our smartphones every 1-2 years, within a few years the smartphone tech becomes obsolete.

This trend is there for nearly 6-8 years but now with newer display technologies developed, we will see this trend in Televisions soon as they become smarter by the day.

It starts from CRT TVs that look like a box,

This coating emits colored light on the display.

Then comes the LED TVs which completely remove the electron gun. It has an LED panel at the back, an LCD panel at the front and some other panels between the both.

The panels used between both vary from TV to TV to increase picture quality, viewing angles or other features.

This results in image formation on the TV.

To take the picture quality and contrast ratio to the next level then came OLED display which is the biggest innovation in display technologies in a decade.

OLED stands for Organic Light Emitting Diode. This panel does not require any LED lighting, it can produce its own light from the panel itself.

The contrast ratio and viewing angles are nearly infinite in OLED TVs.

It is very costly to make these kinds of panel.

QLED came to give competition to OLED

Currently, only LG is the sole manufacturer of OLED displays. If any other brand has to sell its own OLED TV then they have to first purchase an OLED panel from LG then use it as their own.

This makes LG a monopoly over premium TVs.

To counter this Samsung introduced their own technology called the QLED TV to enter the premium TV market.

This panel is placed between the LCD and LED panel.

Is QLED a marketing gimmick from Samsung?

QLED TVs are not as great as OLED TVs but they are still better than LED TVs. One advantage of QLED TV is it can produce very high levels of peak brightness.

Many technology experts claimed that QLED TV is no way near to OLED TV and it is just a normal LED TV with a variation.

These kinds of variations can be seen with every different brand but no one names their TV differently as Samsung did with QLED.

Samsung strategically named their TV QLED which is synonyms to OLED making consumers trick into buying QLED TV because it is cheaper than OLED.

QLED TVs are good considering their price and these mostly come with 4K Ultra HD resolution taking their standards high.

You can buy these if OLED TV does not come under your budget.

If you want more in-depth, informative stuff on TV technologies then checkout DisplayOwl which is a tech blog on display technology, Televisions, and Monitors. Here you will also find buying guides for LED TVs.