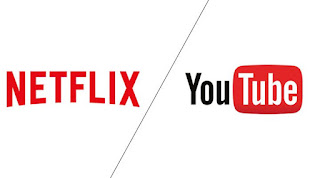 Following trending News on COVID-19 as a pandemic, self-isolation in homes is what many people are doing to curb the spread of the virus and this has caused an increase in demand for streaming services especially Netflix which has in turn lead to hassle for internet service providers.

According to a BBC report, Netflix will slightly reduce the video quality of its movies by cutting its streaming bitrate for 30 days which will also cut down its data usage by 25%.
Netflix had taken this decision after a phone call with the European officials.
Movies will still be in HD and UHD (ultra-high definition) 4k resolution for users who pay for it as part of their subscription.
The change will apply to only users in UK and other European countries.
The European Commissioner for the Internal Market, Thierry Breton, had said earlier that people should “switch to standard definition when HD [high-definition] is not necessary”.
From an analysis, streaming standard definition on Netflix uses about 1GB of data an hour while streaming HD uses about 3GB of data an hour.
“Following the discussions between Commissioner Thierry Breton and [Netflix chief executive] Reed Hastings, and given the extraordinary challenges raised by the coronavirus, Netflix has decided to begin reducing bitrates across all our streams in Europe for 30 days,” the company said.
Commissioner Breton applauded the quick action Netflix took few hours after the phone call, and said it would “preserve the smooth functioning of the internet during the Covid-19 crisis”.
YouTube has also responded to the European officials call, videos on YouTube will be switched to standard definition by default for 30 days in the UK and other European countries.
Thierry Breton has also commended YouTube action to the directive in a statement, “I warmly welcome the initiative that Google has taken to preserve the smooth functioning of the internet during the COVID19 crisis”.
Facebook
Twitter
ReddIt
Pinterest
WhatsApp
Previous articleWHO introduces WhatsApp bot that texts you CoronaVirus Facts
Next articleSamsung A71 5G will be launched in China with Snapdragon 855+ digging display