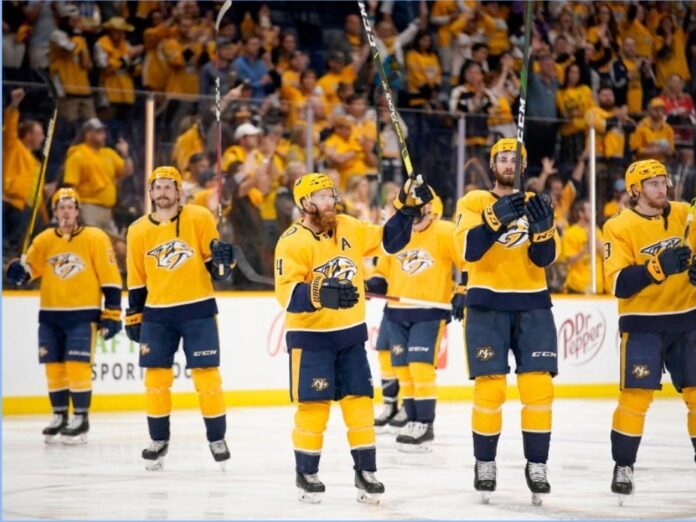 The Nashville Predators are the latest NHL team to enter into the world of non-fungible tokens. As a whole, sports in general is big on betting with Bitcoin and the NHL is no exception to that rule.

NFTs are a spinoff of decentralized cryptocurrency like Bitcoin. They are cryptographic assets that exist in the blockchain. Like Bitcoin, they can be bought and purchased or traded.

In the sporting world, NFTs are becoming the digital version of the traditional sports collectible, the trading card. Teams and even players are creating and issuing NFTs to forge a further bond with their fanbase.

The Predators, in partnership with leading digital collectible creator Fanaply, launched their first series of NFTs on July 20.

Nashville’s limited run of 25 NFTs is entitled The Origin Series and celebrates the early years of the franchise. “Our fans have been asking us to enter the digital collectibles realm for quite some time, so we are excited to do so by going back to the beginnings of the franchise with ‘The Origins Series,'” Predators Chief Marketing Officer Bill Wickett told NHL.com.

The highlight of the series is a one-of-a-kind “Gold Saber Skull – Genesis Edition. It is currently up for live auction through July 30 and packaged with two Lexus Lounge tickets to the Bridgestone Arena event of the buyer’s choosing. There are also 25 individually numbered Gold Saber Skull NFTs available for purchase now for $150.

The attraction of NFTs from sports organizations is that they create unique experiences for both the issuer and the purchaser. Teams and players can utilize them to create an ongoing connection to fans by offering events such as meet and greets, or discount offers that are only attainable by those who are holding ownership of one of the NFTs.

“NFTs not only let fans commemorate amazing moments, milestones and experiences of the teams, games and communities they love, but for the first time in history, fans can actually have true portable digital ownership,” Fanaply Co-Founder and CEO Grant Dexter said. “Our NFTs are inclusive and can seamlessly integrate into teams’ existing sales, marketing and promotional strategies to create incremental revenue, real fan engagement and unlock digital and real-world rewards.” 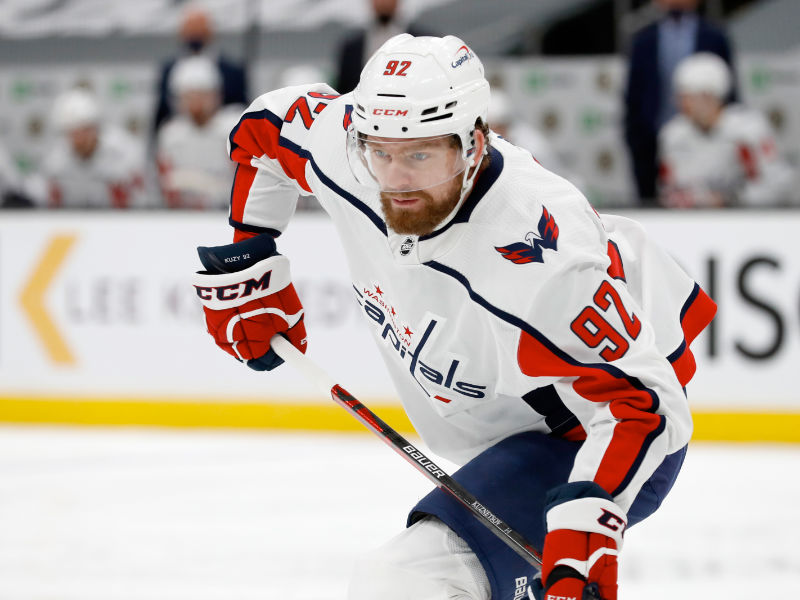 “Washington Capitals” by Winslow Townson/USA TODAY is licensed under CC BY 3.0

There are also 16 minted Capitals Stanley Cup banners available at $499.99 each. Sixteen corresponds to the 16 wins it ultimately takes to win the Stanley Cup. The Capitals raised the 2018 Stanley Cup Championship Banner at Capital One Arena on Oct. 3, 2018.

The second theme is the Capitals Screaming Eagle Collection. The Screaming Eagle logo was first introduced and featured on Capitals jerseys in 1995 in the blue, black, and bronze color scheme. To honor the year 1995, when the screaming eagle jersey was introduced, fans may purchase a limited number of 95 digital Screaming Eagle exclusive jerseys.