Realme X2 Pro is expected to be launched soon and is tipped by the Snapdragon 855+ SoC. Product Director Wang Wei Derek of Realme China went to Weibo to confirm that the company is indeed working on a Realme X2 Pro telephone. He has used the hashtags X2Pro and Super Samurai in his function, the latter being the code name of the phone.

The upcoming phone will be a reinforced variant of the Realme X2 that was launched last week.

How To Block Pornographic Websites On Your Smart Phones 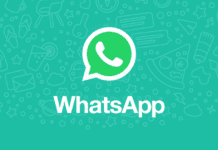 How to create a Whatsapp TV and earn Money using Whatsapp...

Infinix HOT 8 Big on battery, Big on Sound and Big...