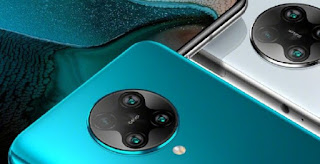 Redmi mobile phone officials recently announced the new Redmi K30 Pro, and from a post on Weibo, Mi fans have suggested how much the phone should be priced.

Lu Weibing, president of Xiaomi China, liked the post and said that the price of the phone will most likely start from 3299 yuan ($466). 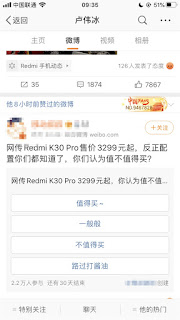 From the screenshot, the starting price of Redmi K30 Pro is 3299 yuan. 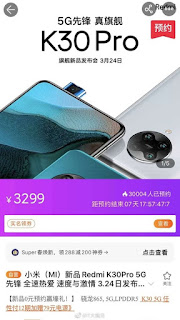 Redmi K30 Pro has been on everyone’s lip because it is going to become one of the best Snapdragon 865 smartphones.
According to IT House, the Redmi K30 Pro is equipped with a 60Hz Samsung AMOLED screen as standard.

The phone is equipped with snapdragon 865 + LPDDR5 + UFS 3.1 solution, using a 3435mm² VC heat sink and linear motor; has a standard version and zoom version, the latter is expected to support 3x lossless zoom.

The biggest highlight of the Redmi K30 Pro is expected to be dual-OIS support. According to, Lu Weibing, the 4-axis optical image stabilization supported by the 64-megapixel main camera of the Redmi K30 Pro can correct horizontal + vertical + forward tilt + roll shake.

Redmi K30 Pro will be released on the 24th of March.

The Share Play the PlayStation 4 functions as a "virtual couch" that allows you to stream the game to a friend so he or the two play...
Read more
Load more