There is news on the Internet that Samsung Galaxy A71, which was previously listed overseas, will be listed in China soon. 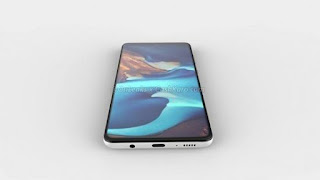 However, the Samsung A71, which is listed in China, is different from the overseas version. The domestic version is a version that supports 5G networks. The news said that the domestic 5G version of the Samsung Galaxy A71 is equipped with the Snapdragon 855 mobile platform and uses an external 5G baseband to connect to the 5G network. At present, Samsung has not formally responded to the news.
The Samsung Galaxy A71 5G model is SM-A7160, which was found earlier in Geekbench’s benchmark database, or indicates that the machine will be released shortly. 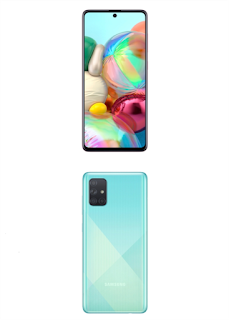 According to the information released, the Samsung A71 is equipped with 8GB of storage, runs Android 10 system, supports Bluetooth 5.0, and has a built-in battery larger than the overseas version.
Other parameters of the Samsung Galaxy A71 5G may be the same as those of the overseas version of the Samsung Galaxy A71. It uses a 6.7-inch AMOLED screen and is designed with a front hole lens in the middle of the display. The back of the fuselage is equipped with a four-camera design, which is a 64-megapixel main camera + a 12-megapixel ultra-wide-angle lens + two 5-megapixel auxiliary cameras.
In addition, we can see from the above rendering of the Samsung Galaxy A71 5G mobile phone that the design of this phone is relatively thin, the back is bright, and the hand feels good. The bottom of the phone has a 3.5mm headphone jack, a Type-C charging port, and a speaker opening.
Facebook
Twitter
ReddIt
Pinterest
WhatsApp
Previous articleNetflix and YouTube to Cut Streaming Quality in Europe for 30 days
Next articleNokia’s First 5G phone Nokia 8.3 officially released for 599 euros