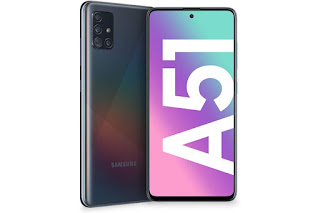 According to a report on Phonearena, Samsung expects demand for 5G chips to increase in the coming months, although Samsung smartphone sales have slowed in the past few weeks due to the outbreak of the corona virus. However, the Korean company still plans to launch more 5G smartphone products in one year, and not all 5G phones are flagship products.

In addition to the Galaxy S20 series, Samsung is expected to launch another 5G smartphone, the Galaxy A71, which was reported by IT home on the 22nd.

However, the A71 5G is not Samsung ’s cheapest 5G smartphone at present. The Galaxy A51 5G has been registered on Geekbench and the same code SM-A516N appears on Samsung ’s official website.

It should be noted that the 4G version of the Galaxy A51 was released at the end of last year. It is equipped with Exynos 9611 and 8GB of RAM, runs One UI 2.0 based on Android 10, and has 128GB of built-in storage space. In addition, it has a microSD card slot. Can expand storage to 512GB.

For the rest of the configuration, the Samsung Galaxy A51 has a 6.5-inch 20: 9 Infinity-O Super AMOLED center punch screen, using under-screen fingerprints, and a front camera of 32 million pixels. The L-type four cameras have a 48MP main lens + 12MP super wide-angle (123 degrees), and two 5MP cameras. Battery capacity is 4000mAh battery with 15W fast charging.

January 10, 2020 2
Learn coding in JavaScript, HTML, CSS & learn to code Python for data scienceLearning to code can be easy and fun.Download Mimo and learn...

MORE STORIES
How to