Sealed copy of Super Mario Bros. is the most expensive game ever sold 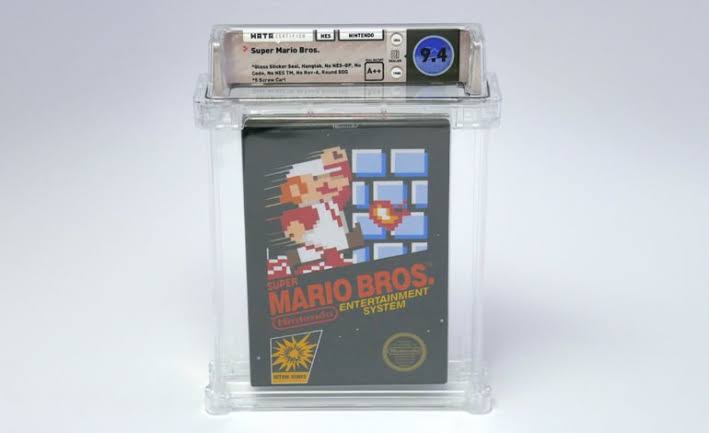 A sealed tape of Super Mario Bros. , launched for NES (or Nintendo Switch), was sold for a much larger amount than you would pay for a good car. The value went over US $ 100 thousand and became the most expensive game ever sold and the reason for so much money is in the quality of the game’s conservation, which was sealed.

The sale took place on the Heritage Auctions website and broke the record for the highest amount paid in a game, which in this case is the American version of Super Mario Bros. , launched in the last quarter of 1985 for the NES, a console that preceded the Super Nintendo. The value of the transaction was US $ 114 thousand. Super Mario Bros. was Mario’s first game as a protagonist, in addition to being the first where the villain is Bowser.

The ad description guarantees that the cardboard that makes up the box where the tape is stored is in perfect condition, including the small cardboard support that exists for the box to hang on a kind of hook in the store. This item, very fragile, tends to fall apart in a short time of use and this detail shows that whoever bought the tape, kept it well for these 35 years since the product was sent to the store.

Couple this with the assurance that those who bought now will have a Super Mario Bros. that no one has opened since they left the factory, and we arrived at a value that has too much nostalgia to be so high.

Finally, do you know what you can buy in the United States with $ 114,000? A Model X, the most expensive car Tesla has for sale at the moment, in the very high performance model (makes almost 490 kilometers with a load and accelerates from 0 to 100 km / h in 2.6 seconds) and with the option of add the autonomous car mode, which is the one that drives for you. All this for US $ 108 thousand, with a change for the bread, or else you change all that and take this Super Mario Bros. sealed home.

I don’t know what my choice would be, but the tip I give is: buy a game on physical media, keep it in a vacuum for 35 years and you will buy a big car when you’re old.😂😂

How Photographers Can Monetize Their Unique Skills Through Social Media?

How to close apps on Apple Watch [Troubleshooting]