The world’s smallest Android 10 mobile phone Jelly 2 is released, with a 3 inches screen 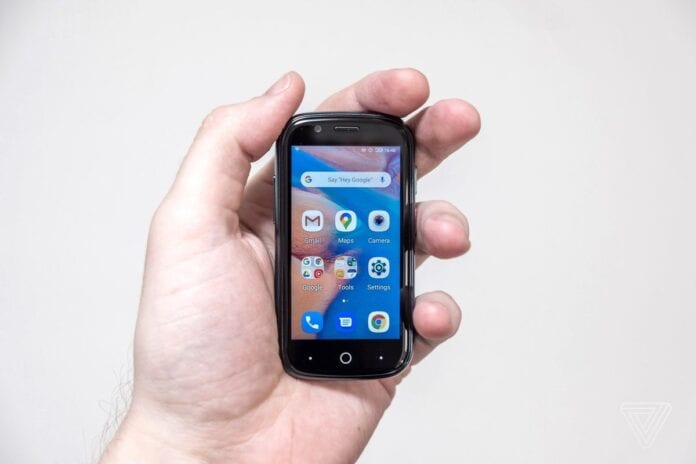 Jelly 2 is the successor of Unihertz’s first mobile phone, Jelly. The original Jelly in 2017 used a 2.45-inch screen, which made its soft keyboard almost unusable and poor battery life. Jelly 2 fixed these two problems.

Jelly 2 uses a larger 3-inch 480×384 screen. Although it is still very small, a 20% increase in size makes a big difference. Some light typing operations are still possible.

In terms of performance, Jelly 2 is equipped with a MediaTek Helio P60 processor, which is estimated to be enough. After all, with such a small screen, it is not worth trying hard-core multitasking.

The smartphone has a 2000mAh battery, which is small by the standard of an Android phone, but it is estimated that it is sufficient for this small screen phone.

In other respects, the thickness of this phone is 16.5 millimeters, which is like a pebble in the hand, with a rear fingerprint sensor. According to foreign media, the experience is very bad, not as good as none.

The phone has built-in 6GB of RAM and 128GB of storage space, and has a headphone jack, so you can just use it as a compact MP3 player.

Jelly 2 is priced from US $129 (about 901 yuan) on Kickstarter, and may be considered as a backup smartphone.