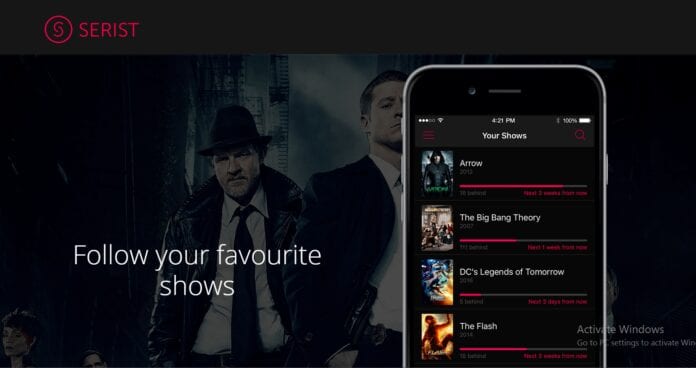 Watching series is cool. But, if you like to follow many, it is not difficult to get lost in the middle of so many seasons. Let’s make this job easier: here are the best apps for you to not miss an episode of your favorite series.

It is one of the oldest apps to follow series on Android (used since Android 4.0 Ice Cream Sandwich!) And is one of the only ones that brings together good content with a friendly interface. It works very well in the free version (which has no ads), but a paid version brings notification of episodes and more themes to the app.

With a sober interface and without many embellishments, SeriesGuide adapts very well to Android guidelines and fulfills what it promises. On the first screen, all your series are available and the next episode that airs or that you haven’t watched is shown. You can organize them by title, next episode and activate the display of your favorite series at the top.

The episode information is very complete, showing the name, description and rating, all integrated with Trakt and TheTVDB. So that you don’t get lost in Doctor Who (or in another series that you need to watch the special episodes), the app also shows this type of content. The episode check-in and the “Add to collection” button are for the exclusive use of those who have integrated with Trakt.

Although simple, the SeriesGuide is very customizable, allowing the display of the content in any language and the adjustment of the show time of the series to your time zone. You can also add extensions to the application, as this Plex or this looking for a streaming for you to watch the program at the time that you’re going back home.

In the menu “Coming soon”, it shows the series that will pass in a few days. SeriesGuide also gives accurate information about the series and the cast, with the right to ratings and links to the IMDb. Each episode (and series) has a comment section so you can see what others are saying about what happened. Oh, and the app also supports movies and shows usage statistics (like how much time did you spend watching all your series).

The lack of a web version and the availability only on Android can make people upset. In addition, those who do not like the dark interface will have to pay at least 0.75 USD for the version with white tones. Not to mention that it does not offer statistics by season or show a real calendar for you to organize your series schedule.

Pioneer in iOS, the Android version is not so bad (but it was clearly an adaptation of the other system). TVShow Time is yet another platform, so the app focuses a lot on comments and feeds so you can see what the community’s reactions are about that character who died (I’m looking at you, Game of Thrones ). To use the app, you must have an account (and the profile highlights the total time of series watched).

Like SeriesGuide, it shows which episodes are airing and that you haven’t watched yet, in addition to the ones you need to watch to end the season. The difference is that it highlights on exact days instead of showing absolute dates. Also integrated with Trakt, it can pull the series you’ve added to the service to make integration easier.

The series page is very complete: in addition to showing information about the seasons, it also displays the day that passes, the time (already in your time zone), how much time per episode and how much time is left for the next episode to air ( or if the series is on hiatus). It is also possible to see user ratings and a “trends” ranking, which shows ratings by episodes and seasons.

On Android, TVShow Time is cool, but it’s not one of the most beautiful apps – I think it might work better on iOS. This community platform is not very interesting for me, but it can please those who like to see what people are saying. It also has a web version so you don’t get stuck on your smartphone.

This is another good and simple alternative for those who like to use minimalist apps on Android. With a clear interface and shades of blue, Series Addict also shows complete information, in addition to having a screen just to show your progress in the series. There is not much external integration, but the collection of the application is as complete as the others.

The main screen of the app is Upcoming, which shows the relative days remaining for the episode to air. In addition to the progress screen, episodes that have already aired and information for each program are shown. It also shows the cast information.

But my favorite feature of the Series Addict is the calendar, which shows exactly the day and time the episode will air. Just like SeriesGuide, you can help the time zone to make sure the episode is showing at the right time.

Available only for iOS, Television Time has a beautiful layout and is one of the most complete apps. In addition to showing your series screen and which ones you still need to watch, it also displays the statistics for each series. In addition to Trakt, it can also sync with iCloud and show your programs on iTunes, if you want to buy one.

The application also has an Apple Watch version and works with Spotlight and 3D Touch, in addition to showing notifications when an episode is passing. The integration with Spotlight allows the user to use the iOS search to search for a specific character or program.

With a very complete collection, Television Time also shows the cast information and the description of each episode. This screen that shows the series with each featured image is very beautiful, right? But everything comes at a price: it costs $ 3 on the App Store.