What is Cryptocurrency Pump and Dump Scam? 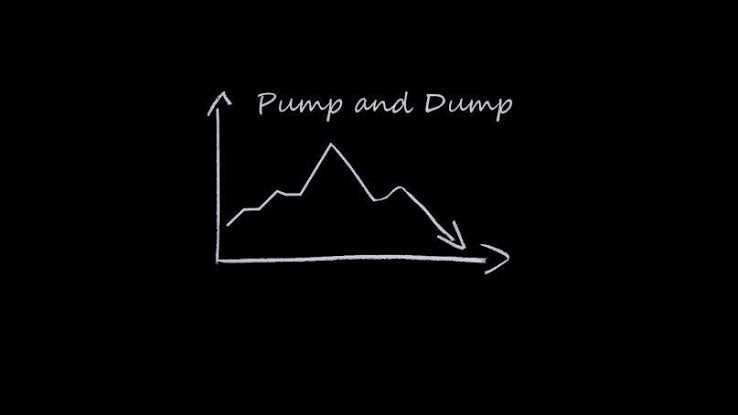 While cryptocurrencies are seen as great investment opportunities, as with bitcoin (BTC), more and more digital currencies are being created and used in so-called “pump and dump” scams. See below what is a pump and dump scheme, how they occur, who is behind them and how to avoid becoming another victim of this financial scam.

Coming from English, “pump and dump” means boosting and then sinking something. In the cryptocurrency universe, this term was associated with a fraudulent practice carried out mainly with tokens, currencies and newly created digital assets and with the participation of influencers to promote them.

Inspired by the sudden success of “altcoins” (cryptocurrencies alternative to the main market names such as bitcoin and ether) such as dogecoin (DOGE) and shiba inu (SHIB), some people saw the opportunity to recreate, on a smaller scale and artificially, rapid valuations.

Ethereum and ether: what it is, what it’s for, and how to buy

Thus, individuals and groups, which generally remain anonymous, have been creating new cryptocurrencies, based on discourses ranging from rapid enrichment to support for social causes. So these people pay influencers on Twitter and Instagram to publicize the new assets, causing their prices to skyrocket in the face of sudden high demand for purchase.

Since new investors greatly boost the initial price of the cryptocurrency,its creators, who naturally hold most of the units of the asset, mass sell their coins. As a result, prices plummet and those who have been influenced to buy the cryptocurrency come out at a loss.

Who’s behind these scams?

This type of scam usually involves two parts: creators of new cryptocurrencies and digital influencers. However, the pseudo anonymity of blockchain technology allows scammers to keep their identities a secret. However, these digital currencies used for pump and dump schemes are generally connected to some formal or informal group, company, or organization used to build some credibility for the asset in question.

The familiar faces that generally remain associated with this type of scam are those of the influencers used to promote the new cryptocurrencies. For example, in July 2021, members of the large American esports club FaZe Clan faced charges of having promoted a pump and dump scam with a cryptocurrency.

At the time, members Kay, Jarvis, Nikan and Teego promoted a suspicious digital currency on their social networks. They were paid for the disclosure of a “social token” called “Save The Kids”, which promised to allocate money to noble causes of humanitarian aid and education.

However, this cryptocurrency quickly ignited some alerts. His price skyrocketed with the promotion of esports players and then plummeted. As a result, Faze Clan fired Kay and suspended the others involved, claiming that the organization “has absolutely no involvement with the activity of other members in the cryptocurrency industry.”

It is worth noting that this type of financial blow still passes through an unregulated land in almost all the world. There are few countries that have legal definitions for digital assets and cryptocurrencies, so it is not possible to treat them as securities assets and fit existing consumer protection laws.

Also, determining with certainty that a cryptocurrency was used for a pump and dump scam is still subjective.  Of course, when its creators simply disappear from the networks after selling all their assets and profiting from injured investors it becomes obvious the existence of a malicious scheme.

However, in the cryptocurrency world it is natural for any young digital asset to rise in price rapidly after its launch. After all, this is the first time this financial product has been made available to buyers. However, this initial valuation is always subject to market corrections, resulting in a subsequent price fall.

In the case of SHIB, for example, altcoin rose almost 2,000% in May 2021 to lose all its valuation the following month. However, shiba inu is not considered part of a pump and dump scheme, but rather a high-risk digital asset.

How to avoid being the victim of a Pump and Dump

That said, it’s important to know how to protect yourself from this kind of scam if you invest in cryptocurrencies. There are some alerts that may indicate that certain digital asset is dangerous. The first and most important of these is to know who are the developers of the digital currency in question. Newly created organizations or companies with little presence on social networks and little known bring little credibility, sodo not buy any tokens from them.

The availability of the cryptocurrency in question is another factor to be considered. Digital currencies that enter large exchanges of digital assets, such as Binance, are usually already investigated by these institutions and go through a verification process.

Finally, the age of the digital currency indicates a certain degree of risk, either because of its expected volatility or the greater ease of use for this and other types of scams. Cryptocurrencies created less than a year ago do not have concrete price data or a solid investor base, so they are subject to sudden valuations and devaluations.

Are There Any Good Points in Passing Microsoft AZ-400 Exam with Practice Tests? Let’s Find Out!