HomeTech NewsWhat is the origin and history of the Anonymous group?
FeaturedTech News

Activists or criminals? Find out the origin and history of anonymous group, today's most famous hackers 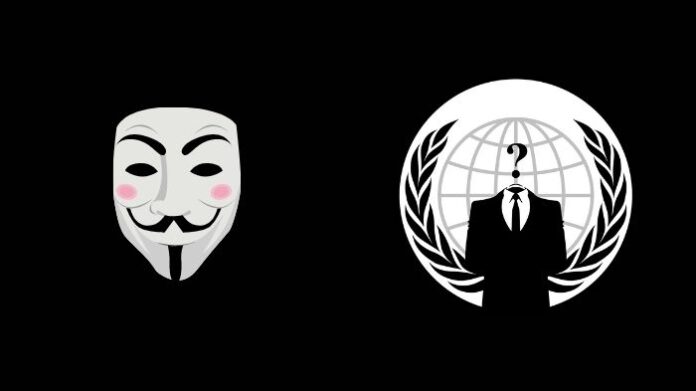 Anonymous Members call themselves digital freedom activists. See below, what is the origin and history of the Group Anonymous, the most famous and active hacker collective of today. Its members are “unknown”, act as a unit and like to take on their attacks or manifestos. Anonymous has repeatedly slotted the pages of the world’s newspapers.

Anonymous is an unidentified group, a kind of hacker collective, constantly in the news from its beginning – in activities beneficial to freedom and attacks considered “criminals”.

On the web, are considered the most famous hacktivist group in the world. Some media refer to them only as the most powerful non-governmental hacker group in the world. In one of its latest “beneficial” activities, Anonymous has closed hundreds of social media accounts of users linked to the Islamic State.

What is the origin of the group?

Because it doesn’t have a hierarchical organization defined, it can be a little confusing to explain its origin, but the characteristics that define the group say a lot about them.

The group, which is composed of an international network, minimally organized hacktivists, the root came from the bulletin board based on 4chan online images. The site started in 2003 and is used by people all over the world.

The name “Anonymous” was inspired by the perceived anonymity under which users post on 4chan. They are two symbols of the group, used to identify the collective – the Guy Fawkes mask and the image of the “headless man” – both highlight the non-identification of individual personalities of the group and the lack of any formal leadership.

The members of the group call themselves “hacktivists”. The title emphasizes the group’s desire to use technological knowledge for a specific purpose and cause.

“Hacktivist” is a fusion of “hacker” and “activist”. When people have technical skills, Internet access, and understand how network infrastructure and servers work, it can be helpful to put that knowledge to have some effect on the world.

They don’t do hacking and cracking without a cause. The belief of the “body of members” about anonymous’s role around the world is: corporations and organizations that are considered corrupt or harmful to freedom should be attacked.

If for some reason the administrator of a network believes it can become a target, it is best to test it to handle DDoS attacks, as it is the most common method that Anonymous uses to take down web servers.

Is Anonymous Group a terrorist?

In the practical definition we have for terrorism, no. Not all Anonymous activities involve attacks on networks or websites. The group also makes public protests and intends to show that it is attentive to the movements of the “system”, a kind of virtual voice of the oppressed population.

The web and IRC channels are the vital force of the group. If it wasn’t for the Internet, Anonymous would never have existed, its anonymity is strengthened because it is not necessary to shift physical for actions.

Outstanding acts of the Anonymous group

A major cause of the hacker collective that hit the headlines was an action in 2008 called “Project Chanology”. The motivation came when the Church of Scientology removed a video of Tom Cruise touting the benefits of religion from the Internet because it portrayed the church under a negative bias.

Anonymous responded by posting a youTube video called “Message to Scientology”. The group struggled to find out how dangerous a Scientology organization was and how the removal of Tom Cruise’s video by the cult violated freedom of expression.

Between marches outside the Churches of Scientology and the videos the group posted, they were able to establish their power and determination in this first project. The group has been leaning toward major causes, from Occupy Wall Street to the repudiation of the murder of Michael Brown.

Although, Anonymous was initially criticized in the media for attacks on the government and businesses, the group’s reputation has been improving. The group is being praised for its work, especially in the mission to fight “cyberjihadists” – groups of Islamic radicals who work on the internet.