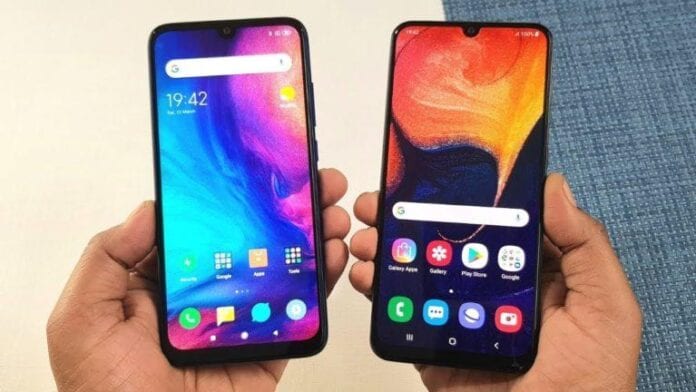 Samsung and Xiaomi are leading companies in the production of quality products that satisfy the demand of even the most critical customer. But what if you choose between these manufacturers? Which company products should you choose?

The South Korean company Samsung dates back to 1940. Throughout its existence, it has been distinguished by an impeccable reputation based on high-quality production of various devices and gadgets. However, Samsung smartphones were seen on the market only 10 years ago, but they immediately began to be in great demand, like any other company product. A distinctive feature was the satisfaction of the tastes of a wide variety of buyers: here both luxury gadgets and budget models. However, the workmanship is equally impeccable.

Xiaomi on the other hand only 10 years ago took shape as a brand and immediately began to release smartphones. The first models stood out for their unusual metal design, excellent quality, but focused exclusively on the middle segment of buyers. In 2020 Xiaomi decided to master the premium level of development, joining the line with Samsung and Apple.

Comparison of Xiaomi and Samsung products

Considering the rich variety of models, it is reasonable to compare their main characteristics.

Of course, performance also changes depending on the price correlation. The Qualcomm Snapdragon 439 chipset is the basis of smartphones and Xiaomi Redmi 8A, and Samsung Galaxy A01. From which there is an obvious conclusion about the same capabilities of the working processor.

In more expensive models like Redmi Note 8 Pro and Samsung Galaxy A51, the comparison is much more interesting. Despite the same cost of testing Samsung AnTuTu reaches 180 thousand, Xiaomi – 283 thousand points.

The premium models Xiaomi Mi 10 Pro and Galaxy S20 Ultra are based on the luxury Qualcomm Snapdragon and Samsung Exynos processors, respectively. Even with similar characteristics, Xiaomi is much more reliable opponent.

Samsung has earned rave reviews for the quality of the screens since the first smartphone made. Even inexpensive brand devices are provided with AMOLED matrices with high color rendition and saturation. In this case, Xiaomi cannot do that. Although the choice of expensive goods also falls on AMOLED, the cheap brands get IPS.

Both Samsung and Xiaomi have set the trend in the smartphone market for 48-megapixel photosensors for low-cost products. The premium price segment is also not significantly different. Xiaomi’s Mi Note 10 has a 108MP camera, while Samsung’s Galaxy S20 Ultra has a 100x zoom for the same price.

A distinctive feature of all products of any price category Xiaomi is the leadership in battery life. Samsung, like Apple, is one of those who can hardly withstand a day of constant work. However, technicians are determined to make radical changes, which were demonstrated on the Galaxy A31, which lasts 2 days on a single charge.

Considering this aspect, both manufacturers can boast significant achievements. However, the latter does not apply to such cheap models as Redmi 8 or Galaxy M1. They only have 32 gigabytes of storage. The premium price segment of Samsung and Xiaomi products has 64 GB with the possibility of installing microSD, which will significantly increase the already sick memory capacity.

Given the slight differences between the leading smartphone companies, the conclusion is clear that Xiaomi is somewhat superior to Samsung. However, both manufacturers deservedly enjoy long-term customer confidence.

Which company product do you personally prefer?