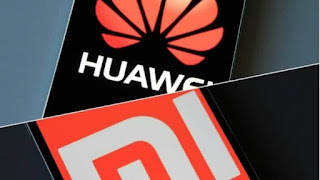 In the afternoon of March 20th, Sina Digital News reported that research company Strategy Analytics released Weibo, saying that previously, “The” Top 6 February mobile phone rankings released by Strategy Analytics “on the Internet are not official data, and will be released later I hope you will stop reprinting this statement. ”

This report was spread in various media last night. According to the chart, “Xiaomi  has surpassed Huawei in terms of shipments and sales this month, ranking third. Xiaomi focuses on online business models and compares with physical stores. The impact was smaller. Xiaomi ’s February shipments and sales fell by 32% and 29% respectively. “
Sina Digital Search ’s official website shows that analysts from Linda Sui said, “Samsung top both shipment and sales chart this month, followed by Apple, Xiaomi, Huawei, OPPO and vivo by both shipment and sales volume. This report tracks global smartphone monthly shipments (sell in), sales (sell through) and inventory volumes / ratio by 31 of the world’s largest vendors from January 2016 to February 2020. “

The meaning is “The global smartphone market has fallen sharply this month, blamed on the impact of the outbreak of the global pandemic (COVID-19). Samsung’s shipments and sales this month ranked first, followed by Apple, Xiaomi, Huawei, OPPO and vivo.

The report tracks The monthly shipments (sales), sales (sales), and inventory / ratio of smartphones from the 31 largest suppliers worldwide from January 2016 to February 2020. “

Although, Huawei still had 2 million sales over Xiaomi in January, But, it has dropped in February.
But this afternoon, Strategy Analytics said on Weibo that it had denied the analysis report.
Facebook
Twitter
ReddIt
Pinterest
WhatsApp
Previous articleHuawei P40 / Pro / Lite series 5 models exposed P40 Pro a total of 6 colors
Next articleAndroid 11 DP2 confirms new file sharing tool similar to Apple AirDrop

What was the first social network created on the Internet?

How to Know fake news on WhatsApp