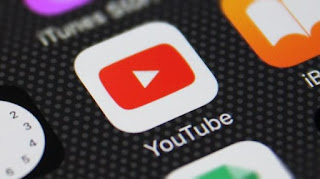 According to foreign media reports, YouTube will reduce the definition of videos worldwide. The company ’s decision is to ease the Internet congestion during the outbreak of the new corona virus phenomenon.

The company said that in the next few days, users will find that when YouTube videos start playing, the default definition will become standard definition. If users want to watch high-definition video, they can still improve the definition of the video manually.

For example, YouTube, which is owned by Alphabet, has previously established this policy in Europe, and this time the company has extended this policy to a global scale.

READ:  The latest specs of the iPhone 12 reveals that the middle frame of the phone is more tough

The use of streaming services has surged in the past few weeks as hundreds of millions of people have stayed home to avoid the epidemic.

The company said that although YouTube usage will increase significantly after work in the evening, people’s usage will remain at a high level for most of the day.

Compared to services such as music, messaging, or maps, streaming video consumes more internet bandwidth due to the larger files being transferred.

Earlier, YouTube has introduced a feature that automatically adjusts the sharpness of videos based on the speed of the user’s Internet connection.

YouTube said that they do not think that the world’s internet bandwidth will be consumed in a short time, but due to growing government-level concerns, the company will still take proactive measures.

Google said in a statement: “We will continue to work closely with governments and network providers around the world to do our part in an unprecedented situation to minimize pressure on the system.”

Did you know that Transsion Holdings Inc is the owner of...

Android phones will get COVID-19 tracking updates through Google Play