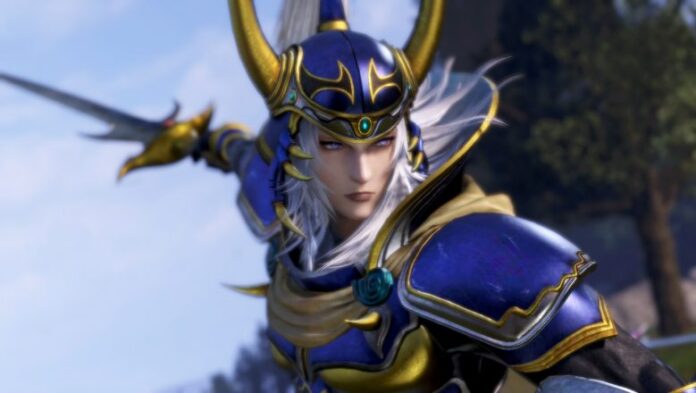 Gacha games – a relatively new genre, quickly gaining popularity in Japan and many other countries of the world. Usually in the game Gacha implemented the eponymous mechanic, where you use something similar to the vending machine to get random virtual items, such as new characters, costumes and armor. It allows you to create your own world with an army of strong characters. However, to use the machine of Gacha, you need a game currency or real money. And here the game becomes interesting.

If you want to try games of the Gacha genre, then you have come to the right place. In this selection, we will look at the best Gacha games for Android and iOS, which are easy to play and where you will not be constantly bred for in-game purchases for real money. So let’s get going.

Are Gacha Games Still Worth Playing?

Gacha games are popular with gamers and have millions of downloads around the world. But what are they and what is the reason for such popularity? Usually they are characterized by elements of old school, combat mechanics in the best traditions of jRPG, long storylines, a lot of in-game events, and sometimes an online multiplayer.

However, the hallmark of these games is the element of gacha or roulette, when you get characters randomly, sometimes for free, but most often for in-game currency – they fall out with a certain frequency depending on the degree of rarity. Lucky gamers can get cool ultra rare characters with a ton of skills, although the chance of this is small. But why not try your luck?

If you’re familiar with Final Fantasy games, opera Omnia is sure to appeal. This is one of the best gacha games on Android. It is a real RPG with the mechanics of gacha. In general, games based on RPG – the most popular among the gacha games, and specifically here at your disposal all the characters of the series Final Fantasy with a fascinating plot and powerful deities. But even if you’re new, there’s nothing to worry about. The game system of awards will allow you to collect a large number of characters. The gacha machine can be used every time you need a new weapon or fighter.

Gacha World is one of the most popular and highly rated games in the Play Store. As the name implies, it is entirely devoted to the system of gacha and quite fascinating. The game has a variety of anime characters, you can also create your own, completing quests and fighting with bosses. Your task is to save the world from destruction by learning more about the character’s history and earning rewards.

With enough currency, you can choose from more than 90 characters. Scrolling the gacha they can be customized literally from head to toe. And the best thing about this game – it does not bother you with offers to buy the game currency. There are enough tasks that allow you to get it without spending real money, which is great.

Another Eden is one of the new mobile games with gas-mechanics. The author of the plot and the composer of the project – the same guys who worked on Chrono Trigger, and it says a lot. In the game itself, you’ll find many references to Chrono Trigger, including time travel and some other story and design elements. The gacha element here is small, but it looks like it will grow over time.

The mechanics are a little different from traditional mobile RPGs. You navigate through the map and participate in story missions in the style of early console JRPG instead of the usual gameplay, consisting of separate, unrelated missions..

Alchemist Code is a popular mobile RPG that uses the mechanics of strategic RPGs instead of the usual jRPG mechanics. This means that you will have to move your combat units around the playing field to attack the bad guys. The game includes 50 collectible characters, multiplayer co-op mode, various events and adversarial PvP mode.

Arknights is a hybrid of acha-RPG and strategic role-playing game. The basic mechanics here are standard. There is a campaign mode, various events and hundreds of characters falling out randomly. But in combat much less from JRPG and much more from SRPG. In general, this game is not called fast, but those who like the element of strategy, will appreciate it. In addition, the game offers automatic mode and a surprisingly decent soundtrack. It has the same appearance as Azur Lane, much more attention is paid to the collection of characters than other game elements.

Azur Lane is a well-known game of gas, similar to the popular Kantai Collection in Japan. It is built into the mechanics of the sidescraller shooter, although most of the battles and takes place in automatic mode. Getting characters is standard for gacha projects. Your task in this game – to form your own fleet and fight the bad guys. Azur Lane features more than 300 characters and lots of interesting collectibles. The interface is a little overloaded, but otherwise the game is perceived well.

Bleach Brave Souls is one of the gacha-RPG in the style of sonen. This genre includes Ultimate Ninja Blazing (Naruto), Dragon Ball Legends and One Peace Treasure Cruise. Bleach Brave Souls has action-RPG elements, a thoughtful gacha mechanic with lots of characters and an online PvP mode.

Dragalia Lost is one of two Nintendo mobile RPGs on our list. It boasts action mechanics, so it looks a little more dynamic than most mobile RPGs. The range here is not so large as in other games, but the project is good due to non-aggressive monetization, interesting plot and fascinating gaming experience.

Fate / Grand Order uses the plot and characters from the popular anime series Fate. Thus, fans of the franchise will get a lot of pleasure from the tie. In this game you will find a wonderfully interesting storyline and a great soundtrack, as well as tons of combat units, a lot of events and good graphics in the style of anime. Even if you’re not a Connoisseur of the Fate series, the game deserves attention.

Final Fantasy Brave Exvius is one of many games in the Final Fantasy series. Most of them are good, but Brave Exvius is probably better than the rest. It is distinguished by unobtrusive F2P mechanics, a long and fascinating plot, a variety of units and an assortment of different events.

The battles are implemented in a step-by-step style using the special abilities typical of jRPG. It is also worth paying attention to other games in the Final Fantasy series with the mechanics of gacha – Final Fantasy: Record Keeper and FFBE War of the Visions (strategic RPG).

Fire Emblem Heroes is Nintendo Studios’ second coming into the world of gacha games. The project turned out to be successful, with colorful graphics and a lot of classes for the gamer. The Fire Emblem series includes many characters and elements of the strategic RPG, as in the console version of the game. Monetization here is quite friendly, and the storyline and gameplay mechanics are similar to versions for Nintendo DS and 3DS.

Honkai Impact 3rd is a great example of a really good game. Here, in addition to the main storyline, there is a lot of additional content. You call the characters, team up in groups and destroy the bad guys. The mechanics of gameplay in this project are a little simplified, but special events, deep plot and opportunities for character development are impressive.

Langrisser is still the only mobile game in this franchise. It’s a strategic JRPG with gacha mechanics and a ton of content. It is almost no different from final Fantasy Record Keeper. Players return to the past and recreate battles from previous Langrisser series tights. You get a good strategy with lots of upgrades and PvE elements (which is a rarity in this genre). In the process of passing the grind becomes more – and this is perhaps the only negative of the project.

MARVEL Strike Force – one of the few successful Western gacha games. Its gameplay is similar to most mobile RPGs. You assemble a team of your favorite MARVEL characters (both heroes and villains) to fight the new threat. The plot of the game is quite interesting, and the project really could be called excellent, if you avoid the PvP-aspect. This is easy to avoid if you only play PvE mode, but it’s impossible if you dive into PvP.

Shin Megami Tensei is a popular jRPG series for PlayStation and Nintendo consoles. The mobile version appeared not so long ago and offers more than 160 characters, simple mechanics jRPG, a lot of events and all the other benefits of games of gacha. Deep, detailed storytelling and elements of PvP are also present.

Sword Art Online: Memory Defrag is one of the few SAO games for mobile devices. In it, players can choose both traditional RPG gameplay and the ability to call well-known characters in the series using the mechanics of the gooch. The project provides a worthy plot, joint missions, guilds and other elements of social interaction. Memory Defrag has one of the most developed online communities among all the games on our list. Its F2P mechanics are non-aggressive, which can also be considered a plus.

Valkyrie Connect is one of the long-established mobile game games. As a result, it has more content than most new projects in the genre. The game provides a detailed and deep storyline, a variety of events and multiplayer online mode. It includes both adversarial and cooperative regimes. The mechanics of the game are not as complex, but F2P elements are not as friendly to gamers as they could be.

This is where our selection of the best gacha games for Android and iOS has come to an end. We have included here games not only with gacha mechanics, but also with an interesting plot and a lot of characters. In addition, we would like to warn you – try to use the game currency in the system of gacha, and not spend real money on the characters, as the game can tighten. And if you want to share your opinion – welcome to the comments.

How to create and publish a map in Roblox