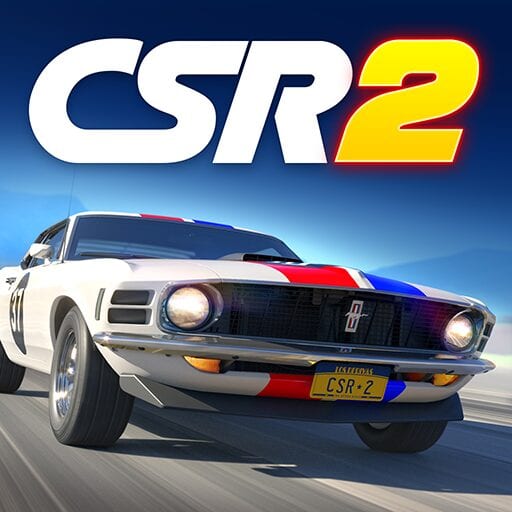 Racing games form a crucial part of the gaming industry and have become a sustainable trend in recent years. Advanced smartphones can now support high quality graphics to provide a professional gaming experience.

To avoid reliance on the internet, many players have started choosing offline racing games on their Android phones. These games will help you enjoy your best matches, even in areas of low connectivity.

How to remove white space in Excel

How to calculate age in Microsoft Excel

Asphalt Nitro (Google PlayStore) is the short version of Gameloft racing games for android, which, oddly enough, occupies only 35 MB of space. It has good graphics, brings back the Police Escape mode present only in the first game of the series and has all offline resources, regardless of the network.

It’s free, with microtransactions. It is definitely one of the best offline racing Android game of all time.

Asphalt Xtreme is a very beautiful game and lives up to other games in the Asphalt franchise. This is not a shameful spin-off like Asphalt Overdrive, but a complete game full of clues, challenges and content to explore.

However, the game does not bring anything revolutionary. It is the same graphic engine as Asphalt 8, but with new cars, tracks and a stylish interface. The game runs very well on devices that have only OpenGL 2.0. Which demonstrates that Gameloft is concerned with the game’s compatibility. Whoever has intermediate or basic smartphones, need not be afraid, Asphalt Xtreme will most likely run on your old phone or tablet.

Asphalt Xtreme is an F2P (Free-To-Play) game; which means that its download is free, but we can find micro-transactions that will save us some time to get certain elements of the game making it one of the best offline racing games free android. These payments range from € 1.99 to € 99.99. Each user must decide if they want to use this option, although it is not strictly necessary to advance.

The offline racing game free for Android of the gauchos at Aquiris Game Studio is a tribute to the titles of the 1990s, including a soundtrack by Barry Leitch (Top Gear). Available as Horizon Chase: World Tour for iPhone and Android and as Horizon Chase Turbo on PS4 , Xbox One and Windows, macOS and Linux, it has numerous tracks, cars and engaging music (including a well-known one) and can be enjoyed completely offline. It is a paid game with DLCs, but has a free demo.

Unlike the latest Asphalt 9: Legends, which is a 100% online game, Asphalt 8: Airborne (iPhone, Android, Windows 10) received an update that allows the player to enjoy Campaign mode without relying on the internet. So, you can enjoy a lot of tracks and collect different vehicles in offline mode, all with beautiful graphics and great soundtrack.

It is free and has microtransactions in the app.

Alongside the Asphalt series, CSR Racing 2 is one of the best racing games for iPhone (App Store) and Android (Google PlayStore) available and comes out with an advantage over the competitor in its newest version, the Campaign mode is available offline. Here you can buy cars, customize them and participate in races, all with excellent graphics. It is free and offers microtransactions.

Running side by side is Need for Speed: No Limits, the mobile version for iPhone (App Store) and Android (Google PlayStore) of EA’s racing franchise. It has graphics close to the titles for consoles and PCs, a large number of customizations and several tracks, events and opponents, police included. Although the game reports that it requires an internet connection, it works very well offline. It is free and has microtransactions.

Real Racing 3, available for iPhone (App Store) and Android (Google PlayStore) is another EA game, but different from the Need for Speed ​​series, which is more urban, focuses on tracks and closed circuits. It has more than 200 real vehicles and famous tracks on the world auto circuit, with very good graphics and sounds. Again, although the game requires an internet connection, it works offline. It is free and has microtransactions. It is also one of the offline racing games free android.

Developed by Noodlecake StudiOS, Absolute Drift is one of the newest offline Android racing game. As its name implies, it comes with many devios and challenging curves on the track.

It offers a realistic feel and comes with smooth, easy-to-use control mechanisms. Six cars, various events, free roaming maps and three game modes are some of its main features.

This awesome game offers a pleasant experience to players and costs $2.99.

This classic nitro-powered racing game has everything a real player requires. Offers several customization and upgrade options; users can use these options to customize their car as they please.

It also comes with a multiplayer mode with which users can unlock licensed cars. Drag Racing is one of the oldest offline racing games for Android.

Known as one of the riskiest games, Racing Fever certainly deserves a place on the list of the top 10 offline racing games for Android.

You need to take various risks to earn coins, and the only way to survive is to keep your car in the middle of the road.

It is a multiplayer racing game and features various racing modes and game environments, along with slow motion mode and leaderboards.

Specially designed for kids, Climbing is quite easy to control and comes with precise but straightforward features.

Players have the option to customize their vehicles and must run in the hills with their components. This multiplayer game includes various daily tasks, achievements, campaigns and challenge.

This freemium Android racing game is undoubtedly worth a try.

Enjoy racing on misteriOSas tropical islands with Beach Buggy Blitz. It has incredibly featured graphics. It is suitable for all age groups and features a huge collection of unique power-ups and performance updates.

You can explore secret caves, sweltering beaches, ruined temples and volcanic eruptions with this stunning game.

The last but not the least offline car racing game we have on our list is exclusive to Xbox One and Windows 10 (Microsoft Store), Forza Horizon 4 sells itself as an online experience by allowing races against up to 72 opponents, but it can also be enjoyed offline. It has a dynamic system that changes according to the seasons, it brings a large number of vehicles and customizations with first quality graphics and sounds. It is paid for with DLCs, but is included in the Xbox Game Pass.

7 iPhone Tips and Tricks That Everyone Should Know

What is it and how to use the Activity feature on PS5?