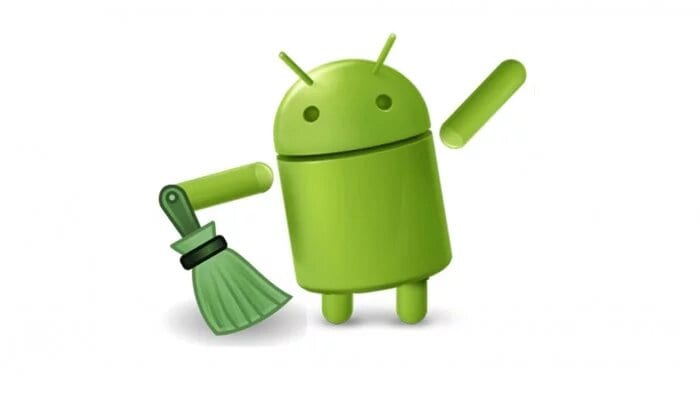 Is your smartphone’s internal memory full? Here’s six tips to free up space on Android that you can run right now.

How to free up space on Android

The smartphone screen grows, so does the content consumption, but the internal space remains small. Result: over time, you can no longer even download applications for so much that is in the phone’s memory. In the paragraphs below, I will help you free up space on Android’s internal memory, which also helps make your phone faster and consume less resources.

App Features You Need to Include in Your Mobile App

To find out what doesn’t let you download more apps or take more photos, just go to Settings> Storage. In this option, the phone will list everything that occupies the internal memory of the system, including apps, images, videos, audio, others (folders and files) and cached data. It is so much that I separated several applications and solutions for you to run out of space. Come on.

With some time of use, we end up installing so much on the smartphone that we don’t even remember or use some of them. So it is a good idea to take a look at these apps in Settings> Apps to see which ones take up the most space in the internal memory and uninstall them by clicking on the Uninstall button.

Some manufacturers also include a handful of pre-installed applications that, for some people, are not so pleasant. Sometimes game demos or tools are installed that almost nobody uses (and you can’t even uninstall them). But, as of Android 4.0 and higher, it is possible to at least disable these preloaded apps. Just follow the steps below:

I know it can be annoying and stressful to open the gallery app and go through all your photos or videos until you find one that should be deleted. But don’t worry: there are some tools/apps to help you with this process.

Those apps analyzes your gallery and shows bad and duplicate photos that should be deleted.

With Tidy you can filter your Gallery by duplicate photos and, also you can filter your gallery by size and see which of your media has the biggest size and play to the smallest and much more. Tidy Organize mode will give you the ability to drag and drop photos and videos into an existing album or to an album you’ll create – it’s awesome!

On the other hand, Files by Google is a file management app that helps you:

This can be a complicated task. Some applications, such as WhatsApp, use caching (temporary) to save your photos and videos downloaded in the app, which are then deleted. Wait for the next step to make WhatsApp consume less memory. I also don’t recommend clearing the cache of apps like Spotify, Deezer, Apple Music and others, which save your music library on your device – otherwise, you’ll have to download everything again.

Still, this step can be useful for some content consuming apps that end up leaving trash behind. Among them, I can mention Twitter, Facebook, Instagram, Google Drive (if you don’t save documents), Snapchat, YouTube, in short, everyone can have their cache cleared without affecting the operation of the app. To do this, follow the steps below:

This is a new tip, but it will help a lot of people. As of version 2.12.197 of WhatsApp, the application allows users to save all content, such as images, videos and audios, in Google Drive. And you don’t need to register: you can use the account that is logged on your Android.

To save all WhatsApp data in the cloud, just go to Settings> Conversations and Calls> Conversation Backup. In this window, in addition to a huge green button saying Backup, you can also configure the periodicity of the backup (daily, weekly or monthly), the account the backup will be performed on, and the type of connection. I recommend leaving this option on Wi-Fi only, since there is a lot of data and we don’t want to end the franchise, right?

5. Use applications that help with this task

To be very honest, I’m not a big fan of these apps that combine several functions to clean the phone because things usually get out of hand. In the case of the cache, I’m afraid the app will delete my music on Spotify, game progress, WhatsApp conversations or any other data that I like to keep very secure or on my smartphone.

But some are useful. As they specialize in this task, they also show you a lot of useful information about storing your device in one place. So I selected three for you to use on your phone every time the internal memory space goes out of control.

Here are some apps to free up space on Android:

In addition to the applications and the data they create, there are some folders in your internal storage that are created from downloads or transfers and can also take up space. To do a thorough cleaning, I recommend that you search the internal memory to find out what is filling your phone.

There are several ways to do this, but I prefer to use two applications: ES File Explorer and Disk Usage & Storage Analyzer. With any of these apps, you can see which folders and files are taking up more space on your smartphone. With it, for example, I discovered that an almost 1 GB update file had not yet been deleted, in addition to about 100 MB of recordings that I forgot to delete.

Thus, it is possible to delete in Disk Usage itself or search for these folders in ES File Explorer to delete. We could also use only the first one, but then it would be necessary to search folder by folder to see which files are useful and which are not. This is also a little dangerous: some files are important for the functioning of the system, so it is important that you limit yourself to deleting media, * .zip files or recordings. I also recommend taking a look at the Download folder, which must have a lot that you downloaded and don’t even remember.

So that’s it folks. I hope you were able to free up some space on your Android phone with the use of this tip. Please do share this post because I believe most of your friends would find it very useful.